The burned body of a 28-year-old woman accused of taking $24,000 raised in a GoFundMe campaign for the family of a Sudbury man was reportedly discovered near a popular camping area in Mission, B.C. last week. NorthernLife.
Apr 4, 2016 2:18 PM By: Sudbury.com Staff 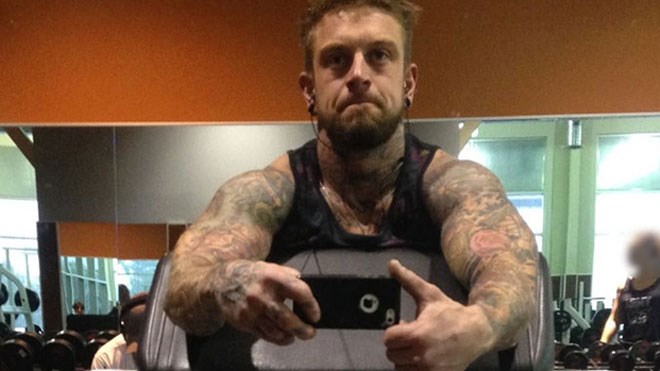 Ryan Jack Armstrong of Burnaby, B.C. was arrested and charged with second-degree murder and indignity to a body. The victim is reportedly Vikki Heppner, who was accused of defrauding a Sudbury family last year. Supplied photo.
The burned body of a 28-year-old woman accused of taking $24,000 raised in a GoFundMe campaign for the family of a Sudbury man was reportedly discovered near a popular camping area in Mission, B.C. last week.

NorthernLife.ca reported on the alleged GoFundMe theft back in October 2015.

CTV in British Columbia is reporting they have learned the victim is Vikki Heppner — officials have not confirmed her identity, pending an autopsy. Her body was discovered by a father who was walking with his children on a rural logging road near Stave Lake last Tuesday, according to media reports.

Ryan Jack Armstrong, 29, of Burnaby, B.C. was arrested and charged with second-degree murder and indignity to a body in the case.

Heppner, a resident of Fort McMurray, Alberta, appears to have left the province for B.C. after being accused of the GoFundMe fraud, her mother told CTV.

“Police got involved and she got scared and she ran,” said Anna Carlson of Clifton, Illinois. “I said ‘Vikki, why don’t you just turn yourself in and tell police what’s going on?’ She hung the phone up.”

Heppner had set up the GoFundMe account for the family of 29-year-old Roger Belanger of Sudbury, who died in car crash in southern Ontario last fall.

The campaign raised more than $24,000 from 172 people, and Belanger's wife was planning to use the funds to set up registered education savings plans for the couple's two young sons.

But Heppner never gave the money to the family, who later learned the GoFundMe account had been emptied. The RCMP in Fort McMurray said last fall it was investigating the incident.

Roxanne Belanger, Roger's sister, said in an interview with NorthernLife.ca last October they were vaguely aware of the person who started the campaign as an acquaintance of her brother.

She began the campaign the day after the accident, at a time when the family's focus was on grieving.

"Because we were dealing with the shock at the time, we weren't really thinking about it,” Roxanne said. “And then about a week after the accident, we realized we should take steps to make sure that Justine, my sister-in-law, would have access to the money.

"And the person (who started the campaign) was basically giving us a lot of answers, but not taking any action ... She would tell us she was going to do something, but then never do it, in terms of transferring the account over."

As their suspicions grew, the family tried to work with representatives from the GoFundMe website to find out what was going on.

"They were not very forthcoming,” Roxanne said. “It took weeks for them to answer our questions regarding what we needed to do (to get information), because at that point we were very suspicious.

"We had to provide all this documentation to have access to this account that was supposedly ours — and by that, I mean our sister-in-law. But she needed absolutely no documentation to open an account for someone else. But we had to jump through hoops in order for them to even answer our questions.

After eventually convincing the website who they were, they found out the person who started the campaign had withdrawn the donations.

"It wasn't until we became very angry and very aggressive that they told us the account had been basically drained,” Roxanne said. “There were 22 withdrawals. If they would have just helped us at the beginning, then we probably could have avoided at least most of this."