Search warrant also turns up stolen property and an undisclosed sum of cash
0
May 24, 2019 9:54 AM By: Sudbury.com Staff 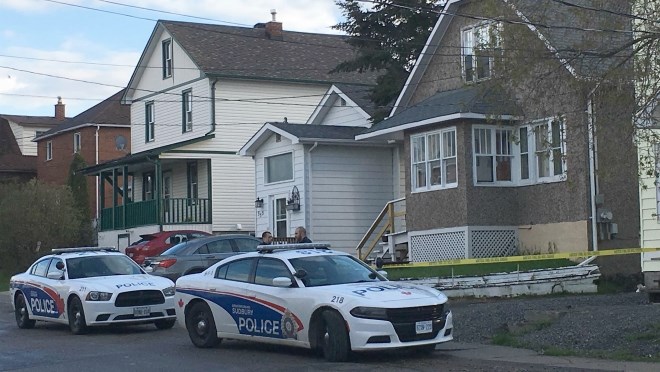 GSPS cruisers parked outside a residence on Mabel Avenue in the Donovan on May 23. (Matt Durnan / Sudbury.com)

What happened on Mabel Avenue in the Donovan last night? That’s what Greater Sudbury Police are trying to determine today.

What police have said so far: just after 4 p.m. on May 23, a 911 call regarding a weapons complaint came in. The caller, police report, said someone had been stabbed.

When officers arrived, they found that, in fact, multiple “someones” had been stabbed. Three people to be exact, and all were sent to hospital with non-life-threatening injuries.

Whatever happened in that house on Mabel Avenue, police said it happened between, in cop lingo, “two known associates” and there was no danger to the public.

Now, a 32-year-old man whose name has not been released by police as of yet, faces a charge of breaking and entering, assault with a weapon and simple assault.

Something was going on in that house though because, after obtaining a search warrant, police say they scoured the building and turned up an illegal firearm, stolen property and an undisclosed sum of cash.

The matter remains under investigation.