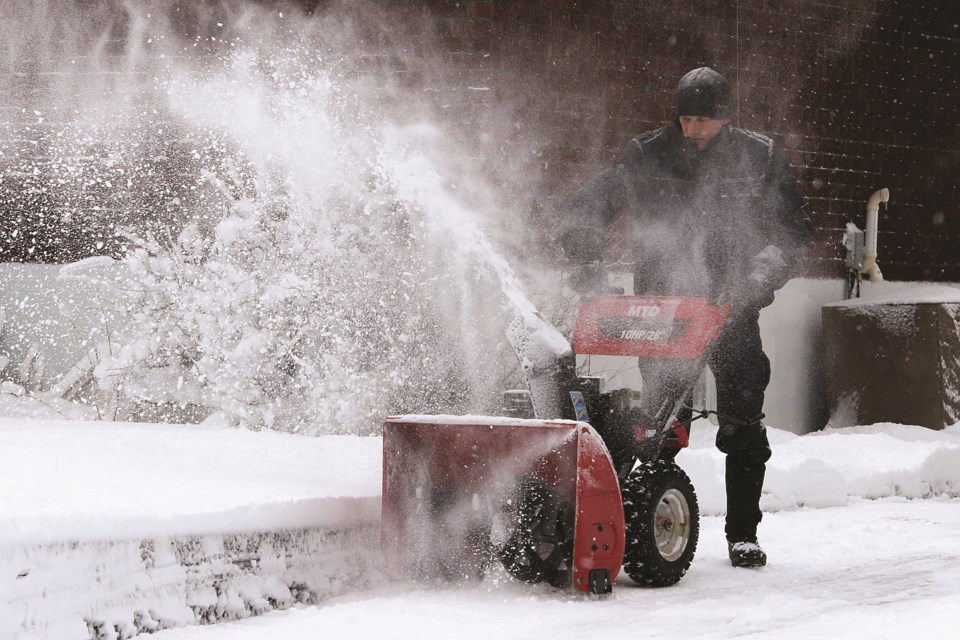 Police have arrested a 31-year-old man in connection with the theft of a snowblower. Whether there’s any connection between him and the rash of 27 snowblower thefts across the city, GSPS hasn’t said.

On Jan. 18, members of the GSPS Break Enter and Robbery (BEAR) Unit were investigating the rash of snowblower thefts across the city. At around 7:20 p.m., they were on Spruce Street in the city’s West End when they came across a 31-year-old man who was wanted on outstanding warrants for possession of stolen property and theft.

He also happened to be standing beside a snowblower that, on further investigation, turned out not to belong to him, police allege.

Police also allege the man had stolen the Husqvarna snowblower during the noon hour of Jan. 18 from an unlocked garage on Spruce Street. When they searched him, police said the man was also in possession of a health card that had been stolen from a vehicle on Dec. 13, 2017.

The man, who police haven’t named, is charged with breaking and entering, as well as two counts of possession of property obtained by crime. As a result of the investigation, police also uncovered a Craftsman snowblower.

The owner of this second snowblower is unknown and police are encouraging who had a Craftsman snowblower stolen from them recently to contact the GSPS.

Greater Sudbury has been in the grip of an unusual crime wave for the past three months or so. Since November, police have responded to 27 reports of snowblower thefts, most of them — 17 incidents — from the neighbourhood north of Frood Road and south Kathleen Street, otherwise known as the Donovan.

The other 10 incidents were in various parts of Greater Sudbury, police said, including outlying communities. In many of the instances, the snow-blowers have been chained or locked to a structure, however they are visible to people walking or driving by.

In these cases, the locks or chains were cut in order to remove the machine. There have also been reports where the snowblowers are locked inside of a shed and the lock on the shed has been pried off.

“We are reminding community members to make sure that valuables are not left in plain sight, to ensure all structures on their property are locked and if possible to install motion sensor lighting and/or video surveillance equipment,” police said in a news release. “We also ask that if you notice a suspicious person in your neighbourhood/on your neighbour’s property to call police immediately.”