A faith healer who claimed he had the gift of healing from God, but who also encouraged people to be naked while he gave them the healing touch, has lost his appeal of his sexual assault convictions.
Jul 11, 2015 11:44 PM By: Darren MacDonald 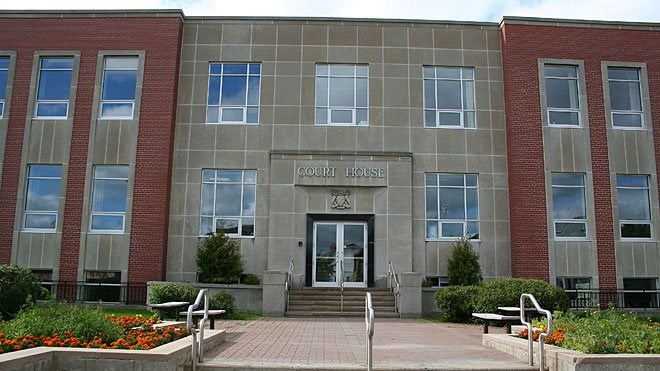 Plans to make Sudbury the permanent weekend court for Northern Ontario could cost local police more than $100,000 extra next year. File photo.
A faith healer who claimed he had the gift of healing from God, but who also encouraged people to be naked while he gave them the healing touch, has lost his appeal of his sexual assault convictions.

Born in Quebec, the man 'practised' in the Sudbury area and New Liskeard. He was sentenced in January 2013 to a year in jail and three years probation after being convicted on six counts of sexual assault and 22 counts of breach of recognizance and probation.

The breach of probation charges were connected to incidents dating back to 2007, after which he was ordered to not be alone with any of his clients during the healing sessions.

The appeal was based, in part, on the man's contention that the judge in the case was showed bias against him because the judge was openly skeptical about whether the man had divine healing powers.

But the judge hearing the appeal ruled that it was reasonable for the trial judge to question whether the man had divine healing powers, and that fact did not constitute proof of bias.

“Although some comments of the trial judge were a bit dry, those comments considered within the total context of the trial are far from leading to the conclusion that the trial was unfair,” the appeals judge wrote.

The man also appealed his convictions for breaching his promise not to be alone during the spiritual healing sessions. He contended that the sessions were not spiritual, an argument rejected by the appeals judge since the man insisted he was healing people through divine power.

“He concluded that since the appellant claims that in his healing sessions he uses the gifts of God, sessions are spiritual," the judge wrote.

The appeals judge also rejected the man's appeal of the sexual assault convictions, since he touched the woman involved in the case on her breasts repeatedly without her consent.

“The judge found that in each of the six sessions (the accused) touched her breast without her consent and that (touching) had a sexual context," the appeals judge wrote. “These conclusions were based on evidence that the judge found credible and reasonable. There was no error.”