Driver has vehicle impounded - to appear in Sudbury court in December
Oct 5, 2016 8:59 PM By: Sudbury.com Staff 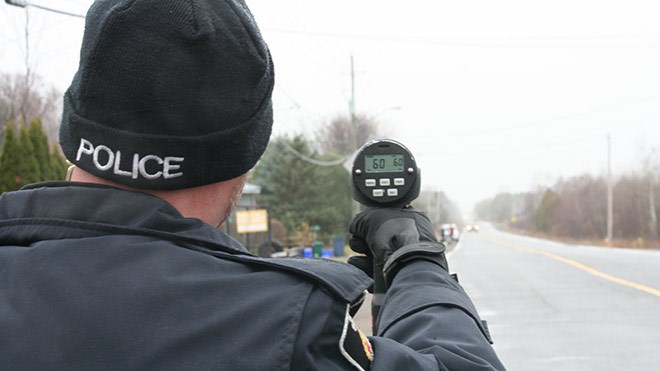 A Sudbury teen faces stunt driving charges after Sudbury OPP radar enforcement caught him on Highway 69 early in the morning on Oct. 2.

At approximately 1:35 a.m., police observed a northbound vehicle travelling at a high rate of speed and as a result was stopped for stunt driving.

The driver, and 18-year-old man from Sudbury, was charged with: Race a Motor Vehicle - Stunt, contrary to the Highway Traffic Act.

The accused is scheduled to appear at the Ontario Court of Justice in Sudbury, on Dec. 5.

Every person convicted of Race a Motor Vehicle is liable to a fine of not less than $2,000 and not more than $10,000 or to imprisonment for a term of not more than six months, or to both, in addition to his or her driver’s licence being suspended.