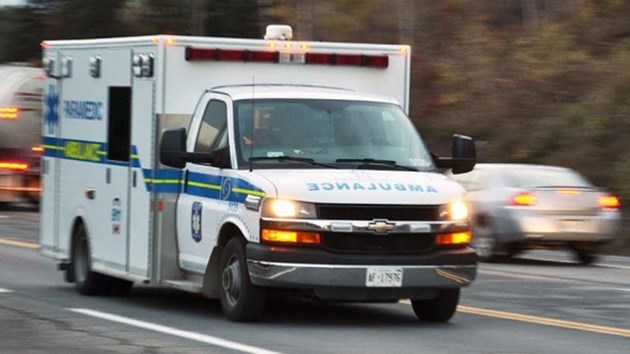 A pair of motorcyclists were transported to hospital on Aug. 4 after a pair of separate collisions on Sudbury area highways.

A pair of motorcyclists were transported to hospital on Aug. 4 after a pair of separate collisions on Sudbury area highways.

On Aug. 4 at around 2:05 p.m., Nipissing West (Sudbury) Detachment of the OPP, Sudbury EMS and the Sudbury Fire Department responded to a single vehicle collision involving a motorcycle on the eastbound lanes of Highway 17, just west of Highway 144, in the City of Greater Sudbury.

Investigation revealed the eastbound motorcycle gradually left the roadway and struck a rock cut. The 63-year-old male driver from Nairn Centre, and lone occupant, was transported to hospital with critical injuries.

One eastbound lane was closed for approximately four hours while OPP Technical Collision Investigators conducted their investigation. Speed was not a factor in this collision. The investigation is continuing.

Less than half an hour later, at approximately 2:30 p.m., officers from the Sudbury Detachment of the OPP, the Sudbury Emergency Medical Services and the Sudbury Fire Department responded to another motorcycle collision on Highway 144, Onaping Falls.

Investigation revealed a group of motorcycles were travelling northbound on Highway 144 when one of the motorcycles went off the roadway and struck a guard rail. The lone driver, a 48-year-old man from Timmins, was transported to hospital with serious but non-life threatening injuries.

OPP Technical Collision Investigators assisted with the investigation and confirmed that speed was not a factor.

One lane of traffic was closed for approximately four hours while officers conducted their investigation.

The investigation is continuing.