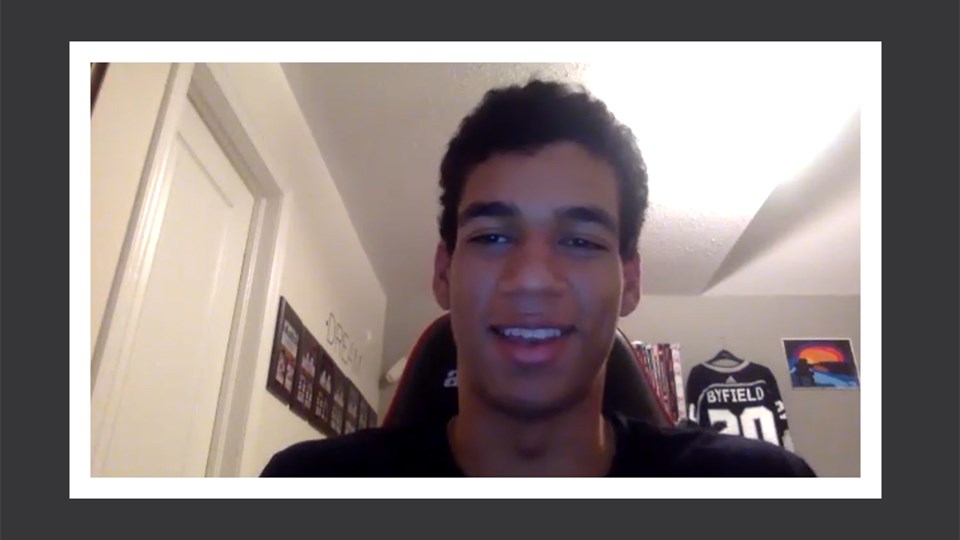 A sluggish start to the World Junior Hockey Championships was quickly erased on Tuesday night as Sudbury Wolves standout Quinton Byfield piled up six points in a 10-0 win over Switzerland.

The second overall pick in the 2020 NHL Entry Draft was a force on Tuesday evening, tallying two goals and adding four assists en route to being named player of the game for team Canada.

Byfield broke out in a big way against the Swiss, after a slow start to the tournament that saw him register just one assist in team Canada's first two games.

With the six-point outburst on Tuesday night, Byfield propelled himself into third in tournament scoring with seven points, two back of teammate Dylan Cozens and three back of team USA's Trevor Zegras.

The 18-year-old Los Angeles Kings draft pick came flying out of the gate against Switzerland, setting up Philip Tomasino for the opening goal just 1:30 into the game.

Byfield would add his second assist in the second period on a goal from Jakob Pelletier, and would grab his third point of the night five minutes later, assisting on Ryan Suzuki's powerplay goal.

Already sitting on three points heading into the third period, Byfield would finally pot his first goal of the tournament, tipping in a Jamie Drysdale point shot on the power play five minutes into the final frame.

Byfield was at it again three minutes later, slotting home a feed from Jack Quinn to stretch the score to 7-0 for team Canada while pushing his point total to five for the game.

If player of the game honours were ever in doubt, Byfield put his stamp on the game with a nifty play where he pickpocketed a Swiss defender before laying off a close quarters pass to Pelletier who potted his second goal of the night to close out the scoring at 10-0.

Byfield's line with he, Philip Tomasino and Jakob Pelletier was dominant all night, counting for six of team Canada's ten goals and racking up a combined 10 points.

With the win team Canada remained perfect with three wins in three games. The Canadians will face their stiffest test of the round robin on New Year's Eve when they take on team Finland at 6 p.m.