Canadians drop game six to close out series with Timmins

Rayside-Balfour managed to eke out one win on the series; now team takes a break while NOJHL firms up schedule
Nov 30, 2020 7:00 PM By: Sudbury.com Staff 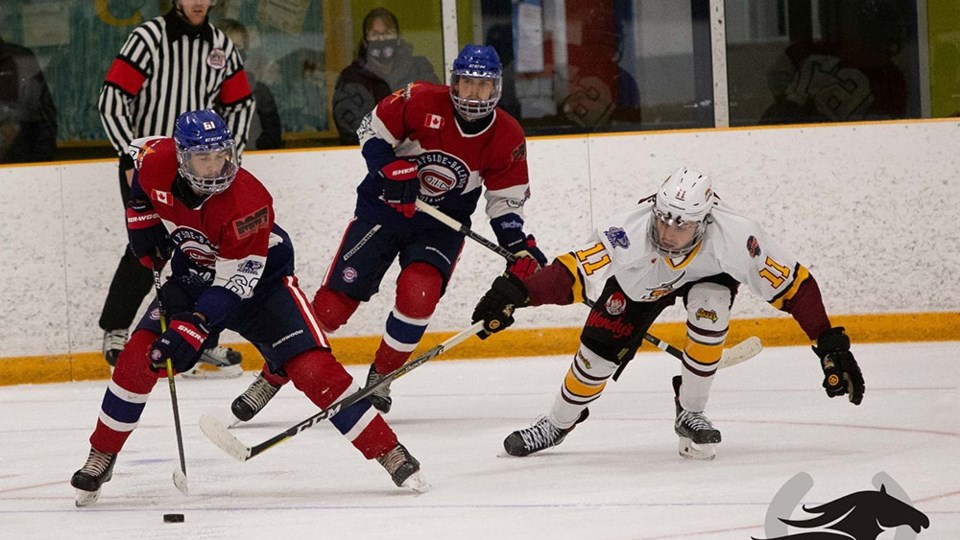 Penalties proved to be a problem for the Rayside-Balfour Canadians, who on Nov. 28 dropped their sixth and final game in their opening season series against the Timmins Rock.

The game ended 4-1 for Timmins, with three of those Rock goals coming on the power play. Timmins had home ice advantage for this one.

Timmins struck first with two goals in the first 10 minutes of the game, one of them coming on the powerplay. They would add another man advantage marker three minutes into the second and their fourth goal with just under four minutes left in the frame.

Joel Mongeon earned Rayside’s only goal, shorthanded no less, midway through the third. Nick DeGrazia and Brady Maltais drew assists on the play.

The Canadians took nine minor penalties on the game, five of those came in the second period alone.

David Bowen made 25 saves on 29 shots in goal for Rayside. The Canadians now have a couple weeks off before returning to action against their next matchup, which has yet to be determined.