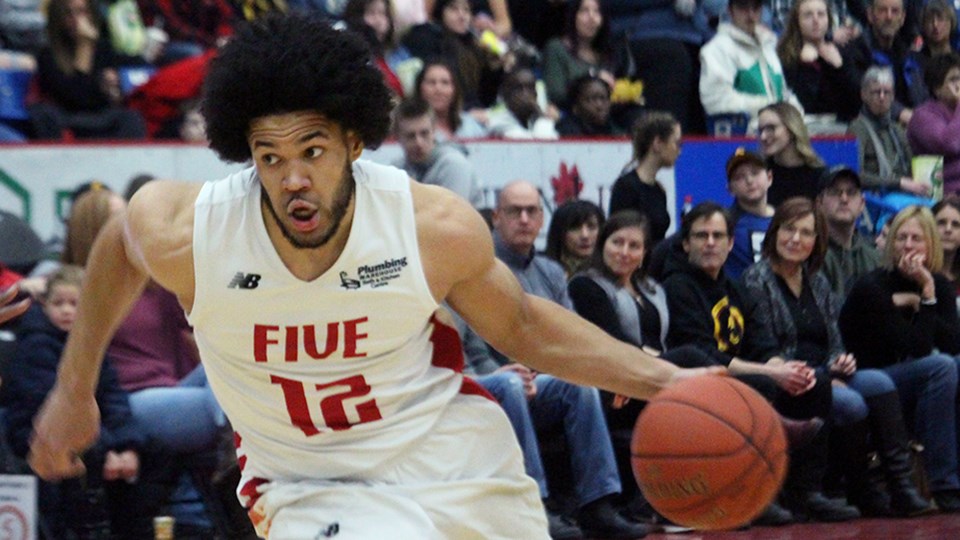 The Sudbury Five had a game to forget on Sunday, falling 132-101 to the NBL Canada-leading Moncton Magic. (File)

The Sudbury Five had a game to forget on Sunday, falling 132-101 to the NBL Canada-leading Moncton Magic.

The Magic improved their record to 18-4 on the season with the win and the Five fell to 11-8, but are still firmly planted in second place in the Central Division.

Moncton raced out to an early lead and never looked back on Sunday, grabbing a 33-23 lead in the first quarter. The Magic extended the advantage in the second quarter, opening up their lead to 19 points, going into halftime up 69-50.

Any hope of a Sudbury comeback was quelled in the third quarter as the Magic continue to pour on the offense, outscoring the Five 35-24 in the third and taking a 30-point lead into the fourth.

With the game out of hand, the teams played an even fourth quarter with Moncton edging Sudbury 28-27 in the final frame.

Jaylen Bland had a strong game on the scoring front in a losing effort for the Five, netting 29 points, tied with Moncton's Corey Allmond for the game high. Cornelius Hudson was a bright spot off the bench for the Five, dropping 19 points and adding eight rebounds, but that was about the only silver lining on Sunday.

Moncton hit Sudbury with a balanced attack with Allmond leading the way with 29 points, followed by Wayne McCullogh scoring 23, Jason Calliste netting 18 and Ronald Delph adding 16 as the Magic had seven of their players hit double figures in scoring.

The Five will wrap up their east coast road trip this week, taking on the Halifax Hurricans on Thursday, March 5. Sudbury returns home to take on the Central Division-leading London Lightning on Saturday at the Sudbury Arena at 7 p.m.

Tickets and more can be found at thefive.ca.