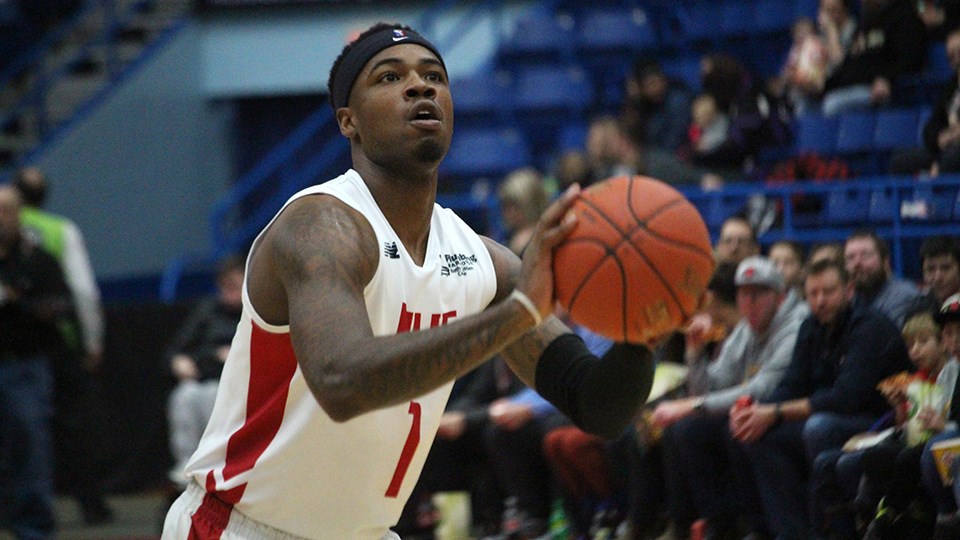 The Sudbury Five returned to the East this weekend to face the Island Storm, for the third of four matchups this regular season.

Nickel City came out strong in the first half, but the Island caught up to them in the second, forcing the teams into overtime. Ultimately resulting in a 124-122 final.

Saginaw guard Jaylen Bland broke open the game with a three-point jump shot 23 seconds into play, giving the Sudbury Five an angel hair lead over their hosts. The Nickel City maintained this lead, aside for a short lapse at 4:25, to close the quarter 27-18 in their favour.

Sudbury dominated the second quarter in a similar fashion, starting with a layup by Braylon Rayson 36 seconds into play. Combined, the group scored an impressive 33 points that quarter, giving them a 60-47 lead into the second half.

This time it was Island's Alex Campbell who got the ball rolling, opening up the quarter for the Storm with a jump shot 11 seconds into play. It would prove to be a strong 12 minutes for the Island Storm, battling back with 31 points to finish three points shy of the Five, 81-78.

Johnathan Loyd closed the gap in the fourth quarter with a three-point shot one minute and 15 seconds into play, giving the team a nice, clean slate. The teams battled it out, point-for-point, fueled by Sudbury's Bland and PEI's Loyd, ultimately resulting in a 110 tie.

Rayson was the first to make his presence known in overtime, bumping Sudbury ahead with a three-pointer 13 seconds into play. But the Island Storm weren't going down without a fight.

The nail-biting finish ended with two rounds of free throws, one from either side of the court, in the hands of Bland and his Island counterpart, Loyd. Each player made one of their two attempts, allowing the Five, with their two-point lead, to steal the show.

The Sudbury Five are currently second in the Central Division behind the London Lightning, with a record of 11-7.

On Sunday, the Five finish off their stint on the East Coast settling a one-for-one tie against the Moncton Magic, 2 p.m. at Avenir Centre.

The Magic head into the match on a six-game streak, sitting top dog in the Atlantic Division with a record of 17-4.