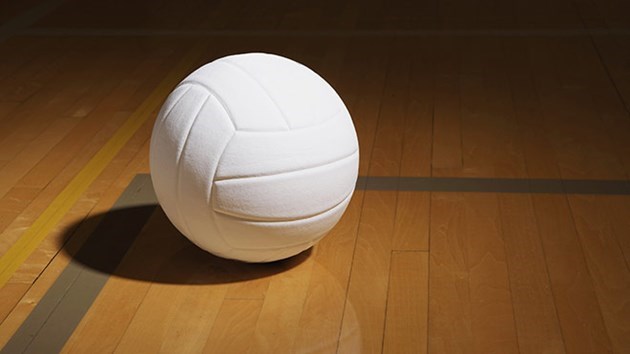 The Lo-Ellen Park Knights and College Notre-Dame Alouettes share perfect 7-0 records and will go head to head on Feb. 6. (File)

After not dropping a single set in opening the season with six straight wins, the Knights knew that the going would be tougher opposite an improving Horizon side, sitting at 5-1 coming into the contest.

"Against this team, we are challenged to pick our spots," said left side and floor captain, Katie Staffen. "It becomes about placement, because they can pick up anything."

Runners-up to the College Notre-Dame Alouettes in the 2019 city finals, but turning the tables a week later in the NOSSA "AAA" Girls Volleyball gold medal encounter, the Knights have been forced to play somewhat "out of character" in order to maximize their potential.

"We were a very timid team before, but we've learned to communicate more, which has helped us gel and work more together, on both offense and defense," said Staffen. "In that first set, communication and serve receive passing, pretty much together, were issues. We were able to step it up in the second set and push our momentum further."

Still, deadlocked at a set apiece, the Knights trailed 9-2 early in set number three, calling a timeout at 6-1, before the team evened the contest at 9-9 with an impressive service run from Lauren Jeanneault.

"She (Lauren) has perfected her float serve," said Staffen. "She has a high vertical, so when she is jump serving, she is able to pick spots and get the ball to fall."

With both teams sharing top spot at 7-0, the Knights and Alouettes have undoubtedly circled the date of Feb. 6, when the teams go head to head at CND.

That said, Lo-Ellen still has must face the 6-1 Lasalle Lancers just two days before that, while coach Patrick Gervais and the Aigles prepare for playoff action with their annual trek to Franco Volleyball, taking place in Windsor from Jan. 29 to Feb. 2.