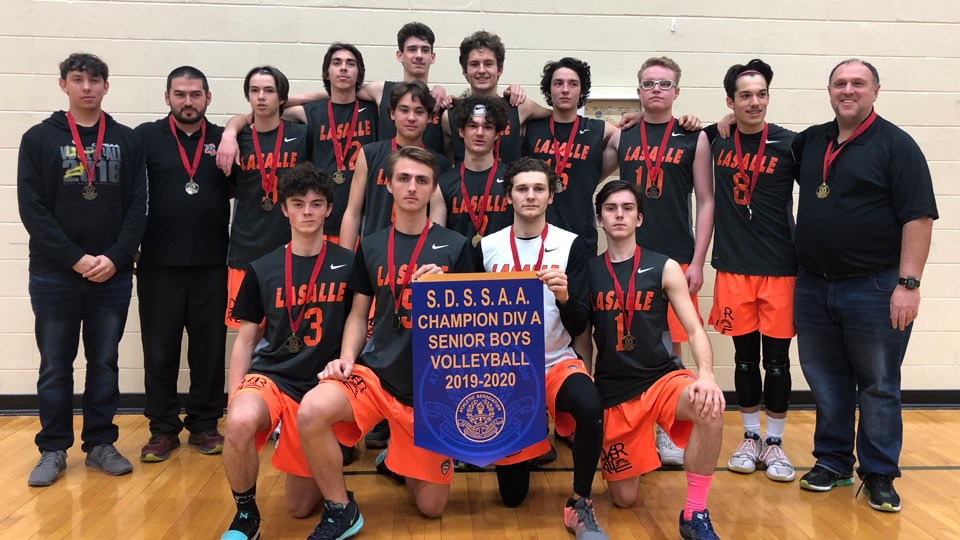 There's been six straight OFSAA appearances for the Lasalle Lancers senior boys volleyball team, but each and every year, with a slightly different team.

While the Lo-Ellen Park Knights pushed the Lancers to four sets in the city final, the long-time powerhouse went the minimum in claiming a NOSSA banner in North Bay. Despite not getting the chance to participate in as many high-end out-of-town tournaments as Lasalle sometimes does, this particular group has shown steady improvement, regardless.

"Our passing has gotten a lot better by playing Lo-Ellen and Horizon, just because they have really tough serves," said 18-year-old veteran Kurtis Terris, who makes his third trek to provincials this week, travelling to Stratford for the 2019 OFSAA "AA" Boys Volleyball Championship, Nov. 21-23. "It's what we work on most in practice. Lasalle has always been sort of an offensive team."

Head Coach Dale Beausoleil said the team is seeded ninth at OFSAA “because we didn't go to any tournaments out of town," and will face off against some strong teams, but he’s confident they can hold their own.

"As for expectations, there's always expectations, any time you have a team that is competing,” Beausoleil said. “I would love for these guys to come back with a medal. But then there's Eden (Eden High School Eagles in St Catharines, 2018 champions), and you've got Franco (Franco-Cite Faucons from Ottawa, 2018 silver medal winners), and the team from Windsor (Essex DHS Red Raiders - seeded third).

"There's some really strong teams. We're going to have to play the best we've ever played to get in the mix. Is it possible? Absolutely. Expectations? To go and play our best."

The Friday schedule pits the NOSSA champs against the afore-mentioned Essex Red Raiders as well as the Assumption CSS Crusaders (#14) in Burlington.