Sons ready to 'open some eyes' at OHF Championships

The Nickel City Major Bantam "AA" Sons will have no lack of playing experience in close games to draw upon, as they ready themselves for the challenge that is the OHF (Ontario Hockey Federation) Championships this weekend.
Apr 9, 2016 2:42 PM By: Randy Pascal 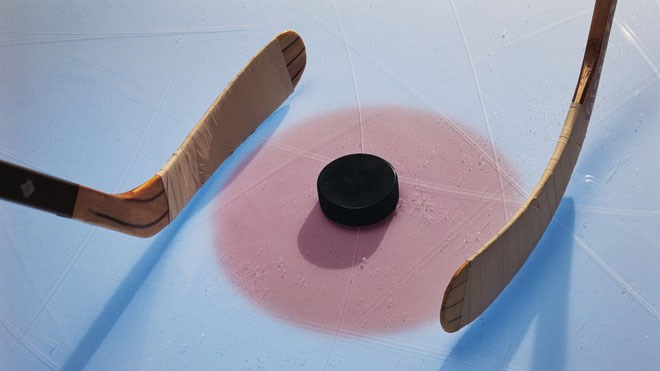 The Nickel City Major Bantam "AA" Sons will have no lack of playing experience in close games to draw upon, as they ready themselves for the challenge that is the OHF (Ontario Hockey Federation) Championships this weekend.

The Sons battled their way through more than 20 games decided by two goals or less this year, a large portion of those against either the Copper Cliff Redmen or Nickel City Minor Bantam AAA Sons, including an overtime win over Copper Cliff in the NOHA Tournament of Champions final.

They also stepped in as a last-minute entry to the 2015 Big Nickel Tournament, faring well enough to enter the OHF event with a certain degree of confidence.

"In the Big Nickel, I think we played teams that are stronger than the teams that we are going to play down here," said head coach Steve Chenard. "We were very competitive with the AAA teams, with two one-goal games. The competition here is going to be similar to what we faced in the Silver Stick."

The Sons returned a solid core of talent that have bonded over the years, and seem to be hitting provincials playing some of their best hockey of the season.

"At the beginning of the season, we started off pretty good," said goaltender T.J. Popowich. "We were beating teams pretty easily. In the middle of the season, it started getting closer, but now we've been picking it back up."

Forward Lindon Shanks, 14, likes the variety of skill sets that his team possesses, as they prepare to do battle with a field that includes the London Jr. Knights, Mississauga North Stars, Barrie Colts and North York Knights.

"We have a pretty good mix, some super-fast guys, some slower guys who can take the body," said Shanks.

While both Popowich and Shanks have previously attended all-Ontario playdowns, many on the Nickel City team have not.

Not that this concerns the locals a whole lot.

"The first OHF I went to in major peewee, all of those guys were rubbing us out, using the body," said Shanks. "We weren't really expecting it. I think now that there is body checking, we'll be much more ready."

Still, their success will depend on more than just establishing a physical presence.

"For us to be successful, it's going to be about quicker reaction times, being able to see a scenario and react to it," said Chenard. "You're not going to have that time that you have against weaker teams."

A veteran of the Nickel City Hockey Association coaching ranks, Chenard knows the importance of strong team chemistry at this time of year.

"There is a lot of cohesion on this team," he said. "This is a group that gets along really well. Even when somebody makes a mistake, you don't hear that chirping and negativity. That goes a long way to having kids that want to come and play hockey, and that's the whole goal."

Well, that and producing a reasonable showing this weekend.

"If we can make it to the semi-finals, and perhaps pull off an upset, I would be really satisfied with my team," said Chenard. "I think we're going to open some eyes when we go."