Sudbury native plunges in to swim across Lake Ontario

Thie Convery doesn’t consider herself much of a swimmer. But on Aug. 6, she plans to swim across Lake Ontario. “It was never a lifelong dream of mine to do this,” the former Sudbury resident said.
Jun 30, 2010 3:25 PM By: Laurel Myers 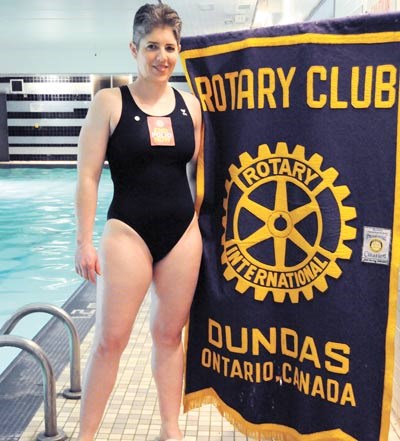 Thie Convery doesn’t consider herself much of a swimmer. But on Aug. 6, she plans to swim across Lake Ontario.
“It was never a lifelong dream of mine to do this,” the former Sudbury resident said. “I was never a swimmer in university or when I was a kid, but I always enjoyed the water.”

Growing up in Sudbury, Convery said she was in and around water all the time. While she’s never tackled anything of this magnitude in terms of endurance sports, she has always been athletically inclined, playing most of the sports offered at Lasalle Secondary School during her time there. Five years ago, after injuring her knee playing soccer, the 44-year-old decided to take up bodybuilding and ended up competing at the national level.

“(Swimming) is the kind of sport where you certainly need to be athletic and physically trained, but it’s the endurance and perseverance that’s the greatest factor in completing the lake,” she said.

Starting in Niagara-on-the-Lake at 6 p.m. on Aug. 6, her goal is to swim the 52 kilometres across the lake, and arrive at the Toronto waterfront in less than 24 hours. The swim starts in the evening to get the most dangerous part of the swim out of the way early, “when I’m freshest,” she explained.

But Convery’s not doing this for personal gratitude. As a Rotarian with the Dundas Rotary Club in southern Ontario, she is part of a worldwide effort to eradicate polio. She is using this swim as a way to raise awareness and funds for the virus.

“Because we live in Canada, we received the vaccine when we were kids,” she said. “But there are still kids in the world getting polio and I want to change that.

It’s the endurance and perseverance that’s the greatest factor in completing the lake.

“When I decided to do this swim, it was just a natural fit to do it for polio,” she said. “I want to vaccinate a quarter of a million kids, so in order to do that, I need to raise $150,000.” Log on to SwimToEndPolio.ca to find out how to help Convery reach her goal.

As for how it all came about? She explained that it happened on a bit of a whim.“I was out to dinner with some Rotarian friends (last August). One asked what my next athletic endeavour would be. I said ‘you know, I think I might just swim across Lake Ontario.’”

Before she realized what she had said, her friends already had her in the water.

“I knew nothing about the swim,” she admitted. “I did it backwards. I committed to it before I had any clue what it would entail.”

The next day, she started swimming.

After 30 minutes of doing a “modified head-up, dog paddle,” that “didn’t look pretty,” Convery decided she needed to find a coach to help her swim as efficiently as possible.

She started training for the swim last August. Her weekly training regime involves about 15 hours spent in the water, eight hours on a stationary bike, and two weight training sessions. She also makes time for massage therapy, chiropractic work and physiotherapy on her shoulders each week.

To complete such a physically taxing endeavour, nutrition and hydration are components Convery can’t ignore.

“When you’re swimming, you don’t notice that you’re sweating,” she explained. “If I’m not peeing every 35 minutes, I know I’m getting dehydrated.”

While she’s swimming, Convery keeps herself nourished with squeeze bottles of water, infused with a “fast sugar,” and baby food so she doesn’t have to waste valuable energy chewing.

“It digests very quickly. I take my meals in less than 20 seconds, every 20 minutes.”

She’ll also have a large support crew with her every step of the way, consisting of about 35 people, including her coach, doctors, navigators and four lifeguards, as well as a number of boats — a 30-foot lead sailboat, a 55-foot evacuation boat, a 15-foot dinghy on either side of her, and a kayak.

While she said she is confident in her training, there are certain factors that will be out of her control on the day of her swim.

The first is water temperature. “The big thing about Lake Ontario is that it’s cold all the time. I have to be able to tolerate 12 degree Celsius water, and I can, but not for 52 kilometres.” She does the swim without a wetsuit.

The second major concern is waves. Although Convery has trained in two-metre waves, she said she could never make it across the lake in those conditions. And if lightning strikes at any point in her swim, she will immediately be pulled from the water.

With a little more than a month left in her training, Convery has gone as far as 30 kilometres in a day, over a period of nine hours. Overall, she said her “body is feeling really good. With my appropriate training, I should be able to persevere and endure.”