Sudbury Serpents success a sum of their parts 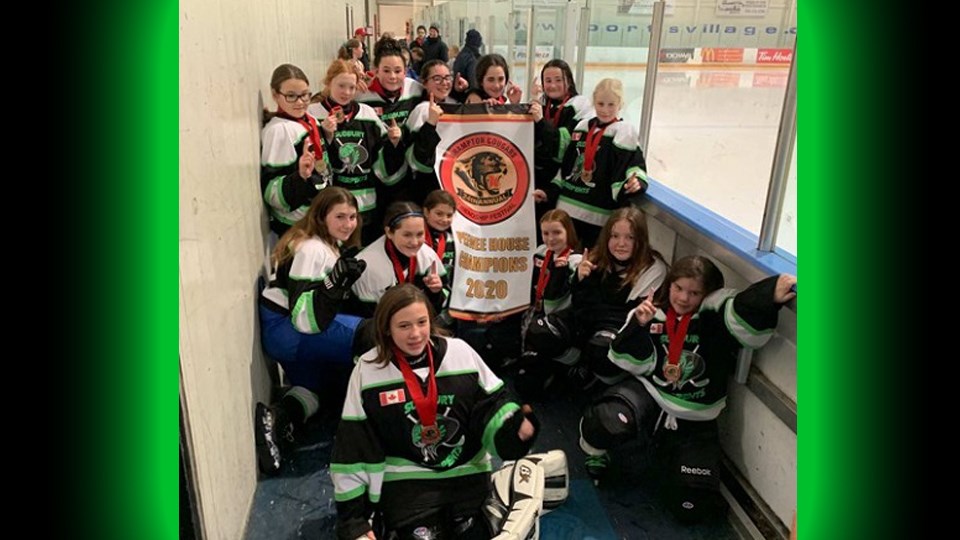 Sometimes your "go to" player really has to be that go to player.

With every single girl on the roster providing valuable contributions over the course of the weekend, the Sudbury Peewee Serpents battled their way to the final of the Brampton Friendship Tournament last month.

Victories over the Whitby Wolves (3-1), Toronto Leaside Wildcats (9-1), Upper Maitland Mustangs (4-0) and Windsor Wildcats (2-0), in the semi-final, set-up an all northern Ontario final against the Temiskaming Shores Puckhounds.

The gold medal affair was effectively a "last goal wins" type of shootout, with neither team letting up until the final buzzer.

Thankfully for the Serpents, an impressive seven-goal performance from Addison Bergeron accounted for all of the offense they would need, as Sudbury upended Temiskaming Shores 7-5 in the grand finale.

Backstopped by goaltender Mia Moreau, who recorded a pair of shutouts, the team relied heavily, at times, on the defensive work of the blueline brigade of Emma Mathieu, Julia Lowe, Cassie St Germain and Charlotte Cote, who collectively did a great job of limiting opponents' shots, all while initating breakouts effectively, and providing some offensive punch for the back end.