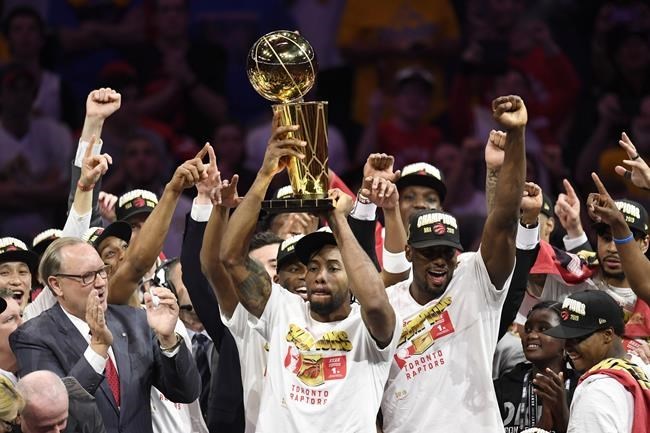 TORONTO — The Toronto Raptors are expected to return home today after their electrifying NBA championship win south of the border.

The team — the first NBA franchise outside the U.S. to win the Finals — beat the Golden State Warriors in Oakland, Calif., on Thursday.

A victory parade and rally for the team is set to take place in Toronto on Monday.

The players are expected to travel the parade route in open-air double-decker buses with the Larry O'Brien Championship Trophy beside them.

Much of Canada was swept up in the team's exhilarating playoff run, with fans celebrating long into the night after the big win.

The victory also marks the first time a Canadian team has secured one of the big four professional sports championships since the Toronto Blue Jays won the 1993 World Series.