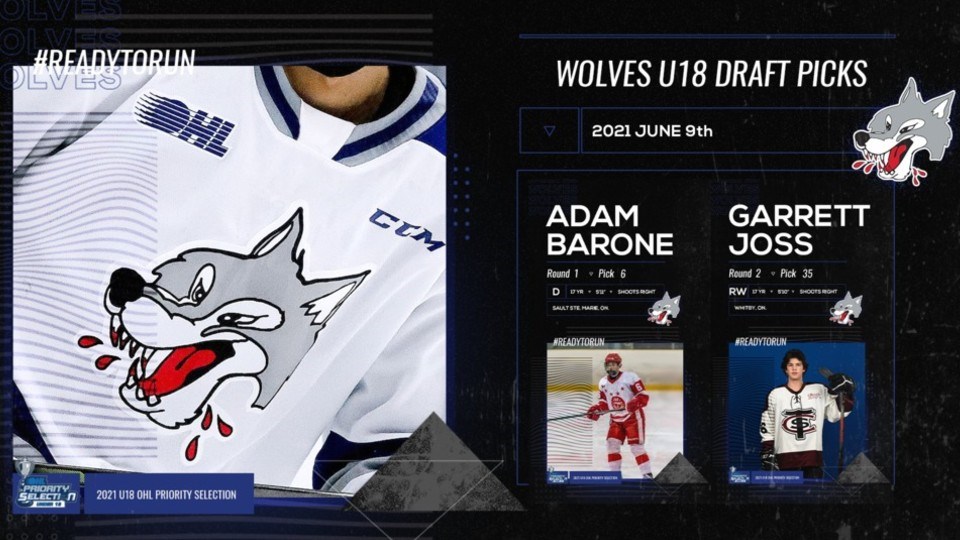 “We completed another very successful U18 draft and are very happy with the results,” said Sudbury Wolves Vice-President and General Manager Rob Papineau. “We have had much success with the U18 Draft, and we have had a number of talented players join the roster and play in the OHL.”

With the sixth overall selection in the draft, the Wolves selected defenceman Adam Barone from the Soo Jr. Greyhounds U18 AAA. The 5-11, 187 lbs native of Sault Ste. Marie is a mobile defenceman who displays excellent puck-handling skills in all three zones while maintaining solid positioning.

In the second round, 35th overall, the Wolves selected forward Garrett Joss of the Whitby Wildcats U18 AAA.

At 5-10 and 160lbs, Joss is an intelligent, quick, and agile right winger that possesses excellent on-ice vision and a scoring touch, said the Wolves. He plays an up-tempo game combined with grit and a strong work ethic.  During his 2019-20 season with the Trinity College School, Joss tallied 30 points (15G, 15A) in 37 games played.