Bill Mauro says his opinion isn't a judgement on the recommendations brought forth in Sen. Murray Sinclair's police services board report, but instead concerns that the city won't have a say in how things are run — and paid for — until after the board has undergone required training.
0
Dec 18, 2018 8:04 AM By: Leith Dunick 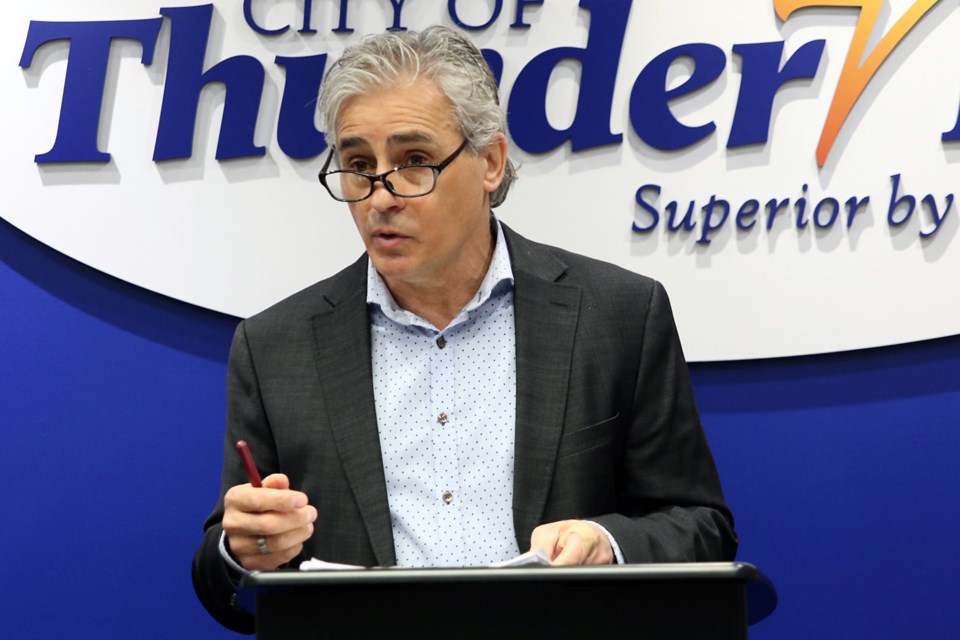 THUNDER BAY – Mayor Bill Mauro is dismayed the Ontario Civilian Police Commission has taken away the city’s ability to have a say in how the Thunder Bay Police Service is run.

Mauro on Monday said he thinks the appointment of Thomas Lockwood as an administrator with sole voting power for up to a year was not necessary, noting Lockwood could have been brought on in an advisory role while still allowing the newly elected board to make the final decisions.

Senator Murray Sinclair’s damning report, delivered on Friday, accused the police board of a lack of proper oversight on the police department and its relationship with the city’s Indigenous population.

He also ruled that the board should be dismissed until the newly sworn in members have the opportunity to take the proper training to be able to provide the necessary oversight of the police department.

“As such, Sen. Sinclair has effectively, in my opinion, dismissed a brand-new board, two of its members publicly elected in a municipal election ... pushed to the sidelines,” said Mauro, one of the two members of council appointed the board last week, along with Westfort Coun. Kristen Oliver.

“As mayor, I do not have a vote. Kristen Oliver does not have a vote. Don Smith, who was nominated by council of Thunder Bay and appointed by council has resigned – no vote. And the current chair also has no vote. The sole vote is given to the administrator, Mr. Lockwood, who is part of Sen. Sinclair’s team that tabled the report.”

Mauro is concerned it will be up to Lockwood, and Lockwood alone, to choose which, if any, of the recommendations from the report will be implemented, with the cost being borne by the taxpayers of Thunder Bay.

“This is not passing an opinion on the recommendations, if they’re good, bad or indifferent,” Mauro said. “This is about the cost associated with the consequences of the implementation of those recommendations.”

The mayor noted that the city has learned the cost of paying for Lockwood’s salary will be the responsibility of the Ontario Civilian Police Commission, and not city taxpayers as council and administration first believed.

Mauro is also concerned council is being handcuffed by not being allowed to re-appoint any previous members of the Police Services Board, with the exception of chair Celina Reitberger. Mauro and Oliver are also exempt, as they had not previously served.

“In my opinion, this has taken away council authority,” Mauro said.

The mayor, a vocal opponent of allowing a board already under investigation to hire the new police chief, criticized Sinclair for allowing the hiring of Sylvie Hauth to go forward in the first place, but added he doesn’t want the decision revisited.

Mauro said the ability to hire a new deputy chief has now been taken out of the city’s control.

“It’s the first time Fort William has appointed a rep at the table and they’ve taken away that responsibility and representing First Nations at that level,” Collins said.