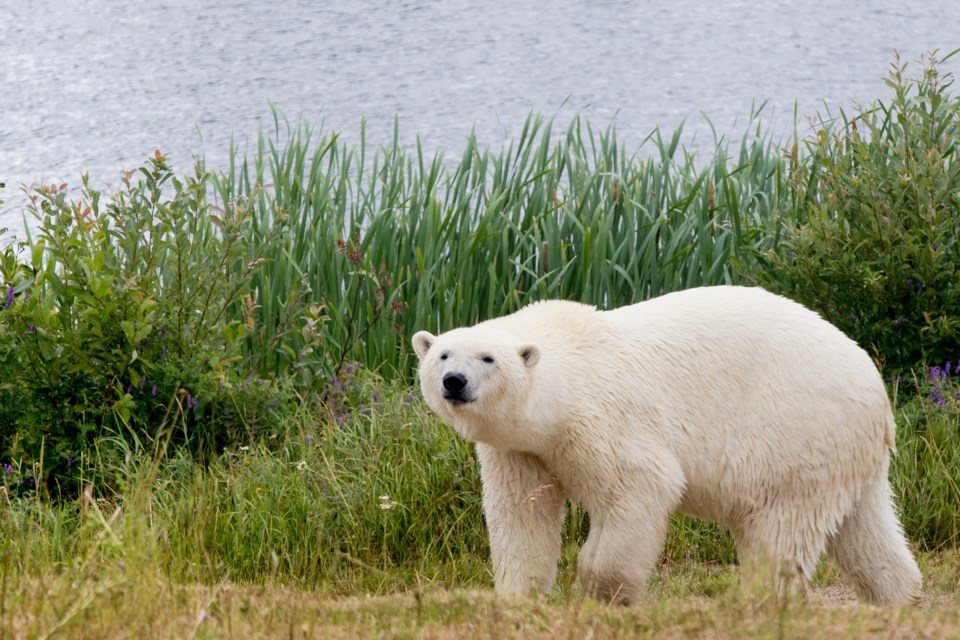 Taiga, a 10-year-old polar bear living in a habitat in Cochrane, died Tuesday, the town announced in a news release. (Supplied)

Taiga, a 10-year-old polar bear living in a habitat in Cochrane, has died, the town announced Wednesday.

“It is with profound sadness that the Town of Cochrane, the Canadian Polar Bear Habitat and the Quebec Aquarium announce the sudden loss of 10-year-old polar bear Taiga,” the town said in a news release.

“We are heartbroken,” JP Bradette, chair of the Habitat’s board of directors, is quoted as saying in the release. “Not only did Taiga play an integral role in our research and conservation efforts, she also touched the lives of staff, volunteers, and guests. She will be deeply missed by both the Habitat and the Aquarium du Quebec families.”

Taiga passed away Tuesday morning, the release said, adding that arrangements are being made to determine the cause of death.

She had been living at the Habitat in Cochrane for the past 11 months. Her permanent home was at the Aquarium du Quebec.

“We are still very attached to Taiga, who provided magical moments both for our visitors and for the team that has looked after her for all these years,” Elizabeth Tessier, director of the Aquarium du Quebec, said in the release. “We have been extremely satisfied with the care provided to her by the staff at the Habitat. We are as saddened as they are by this news.”

“All of us in Cochrane are proud to have been able to provide Taiga with an expansive, natural home,” Cochrane Mayor Denis Clement is quoated as saying in the release. “We offer our condolences to personnel at both the Habitat and the Aquarium du Quebec, and to everyone who knew Taiga.”

Taiga was described by staff as “curious, energetic, and social,” the release said.

“She was known to spend time observing people, and she was extremely responsive to interactions with animal care staff. Taiga enjoyed spending time in the 21-acre natural lake enclosure.”