On this day in Canadian history, Harriet Tubman passed away in 1913. Born into slavery in the United States, circa 1820, Tubman is best remembered for her role in the Underground Railroad.
0
Mar 10, 2016 3:10 PM By: Mike Commito 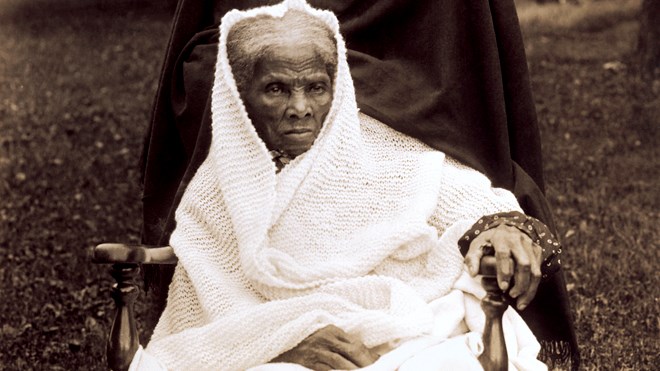 Harriet Tubman as she looked in 1911, two years before her death. Photo supplied

On this day in Canadian history, Harriet Tubman passed away in 1913. Born into slavery in the United States, circa 1820, Tubman is best remembered for her role in the Underground Railroad.

After fleeing north to freedom, Tubman assisted others escape slaveholding states through a secret network that facilitated the movement of people into the free northern states. Following the passage of the Fugitive Slave Act in 1850, refugee slaves would no longer be safe in the northern United States, as they could be captured and returned to enslavement in the South.

As a result, in order to avoid this risk, Tubman expanded her route to Canada and based her operations out of St. Catharines, Ont.

Even if the Canadiens had a healthy Carey Price back in their lineup, you’d still be hard pressed to make a convincing argument that Montreal would handily win tonight’s game. Buffalo just seems to be one of those teams that give the Canadiens trouble, even if, on paper, they are usually the projected underdogs. But in their last 10 meetings, the Sabres are 3-4-3 and have taken three of the last five games at the Bell Centre. This is not just a recent trend either; Montreal is 132-141-31 all-time against Buffalo.

Jets and Wings! The puns for this storyline would write themselves, if only there was more history to draw from. Since the 2004-05 lockout, these two clubs have only met 12 times, with Atlanta/Winnipeg franchise holding a superior record at 8-4-0.

The Red Wings actually haven’t beaten the Jets at home since Dec. 10, 2011, when they grounded them 7-1. While the Jets will certainly look to clip Detroit’s wings tonight, their season is all but finished. They are 2-6-2 in their last 10 games and sit 15 points back of a wildcard playoff spot. Nevertheless, Jets fans are certainly enjoying the recent play of Mark Scheifle. In his last five games he’s racked up six goals and two assists.

With a win tonight, the Panthers can clinch the season series against the Senators. They still have another matchup in April, but with Florida having already taken two of the three meetings so far this season, a victory tonight would be the first season series victory against Ottawa since 2008-2009. But don’t expect the Senators to play the role of the ball of yarn in tonight’s performance against the Panthers. While a divisional playoff spot is escaping their field of vision, the wildcard is still within reach, and a big game tonight would help close the five-point gap.

Will Devan Dubnyk’s retribution tour continue once again tonight? Since being castoff by the Oilers midway through the 2013-2014 season, and relegated to the minors, Dubnyk rehabilitated his career with the Coyotes at the start of last season. His performance in the desert caught the eye of many general managers, but it was the Wild who seized the opportunity and traded for Dubnyk to fill their lacuna in goal. During his time in Arizona, and now as the starter in Minnesota, he’s rattled off six wins against his former team, posting a combined .949 SV% in those contests.

Tubman was one of the Underground Railroad’s most fearless “conductors.” It is estimated that she made nearly 20 trips into slave states, rescuing more than 300 people, including her own parents in 1857.

With the outbreak of the American Civil War in 1861, Tubman remained an active abolitionist and served in the Union Army as a cook and nurse, and later as a scout and spy. It is believed that during the conflict she led a raid in South Carolina that liberated more than 700 salves. At the time of her death in 1913, it was reported that she had died penniless after having donated all of her savings to establishing an old-aged home for African-American men and women, where she herself spent her final days.

In 1990, in honour of her courage and humanitarian efforts, March 10 was declared Harriet Tubman Day throughout the United States and in St. Catharines.