Clock is ticking for council to make its mark

The debate over whether the city should make completing the four-laning of MR35 a priority offers a lesson in what a local government can accomplish — when it has its priorities straight.
Feb 12, 2016 10:52 PM By: Darren MacDonald 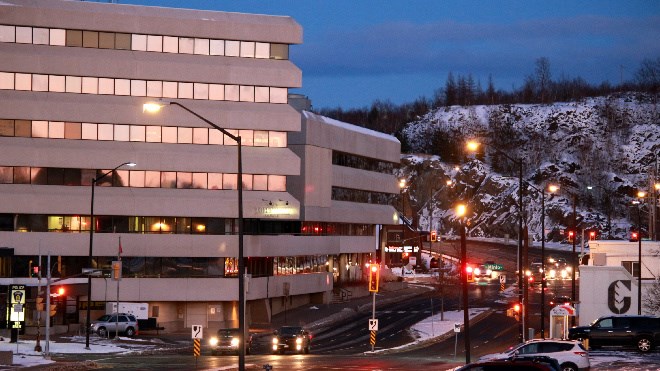 As we inch closer to the 100th anniversary of women gaining the vote in Canada, Sudbury city councillors have approved a women in politics initiative that aims to encourage more female involvement in politics. File photo.
The debate over whether the city should make completing the four-laning of MR35 a priority offers a lesson in what a local government can accomplish — when it has its priorities straight.

When former Premier Mike Harris decided to start rolling out small casinos across the province in the late 1990s, municipalities were asked if they were interested. Predictably, there was a refrain of moral disapproval from several local politicians in the region, and the regular chorus of professional naysayers, some of whom are still naysaying all these years later.

While City of Sudbury Mayor Jim Gordon was in favour, his council was opposed. That's a similar story for most of the municipalities that made up the unlamented former Region of Sudbury. Except in Rayside-Balfour, which was led at the time by Lionel Lalonde, a great mayor with a keen eye on opportunities for his town.

When it came to slot machines, he had the advantage of Sudbury Downs in Chelmsford, where gambling was already going on. Every municipality had a chance to say they were interested. Only Rayside did. And when the facility opened in 1999, it quickly became apparent it was going to be a boon to the former town. Suddenly, councillors had an extra million dollars a year to spend wherever it was needed.

Since 1999, and thanks to Lalonde, Greater Sudbury has raked in $35.5 million from the slot machines at the race track. If Lalonde hadn't prevailed over the Sudbury temperance movement, that money would have gone somewhere else.

So, flush with slots revenue, the last thing residents of Rayside wanted was amalgamation. But the town became a reluctant partner, with the promise that four-laning MR35 would be a priority of the new City of Greater Sudbury.

More than 16 years later, they're still waiting for the promise to be kept.

As for Gordon, he may have lost the casino battle in Sudbury, but he prevailed in his fight to develop what has become the big box store area off The Kingsway. Like those opposed to the casino, there was a vocal opposition to that, too. There were predictions of retail Armageddon, of Costco and other retailers clearcutting the rest of the competition. That consumers and the city would lose.

But, of course, the naysayers were wrong. Just last week, Laurentian University economist Jean-Charles Cachon told me our status as a mecca for shoppers was cushioning the blow of the struggling mining industry.

The point is, there are always people who are opposed to change, to good opportunities, who predict the end of the world if they don't get their way. Remember the people who said families would be destroyed if shopping hours were deregulated?

We need leaders who have a real vision for the Nickel City, and who are willing to do the ugly, hard work of making it happen. Opponents oppose, that's what they do. They craft elaborate doomsday scenarios and relentlessly argue that listening to them is the only smart thing to do.

Smart politicians see opportunity and work to make it happen. They sell their vision to the public, to other politicians, to the media and to whomever will listen.

Despite all the background noise, this current edition of city council, led by Mayor Brian Bigger, has an opportunity to make lasting impression on the city.

When you think of the last few terms of city council, you think of drama, of wasted opportunities and of slush funds.

Mayor Bigger and his city council compatriots were elected more than a year ago to turn the corner. There’s still time to get those priorities in a row and do something to make their mark.

But the clock is ticking.