The government stands to reap a nice windfall from recreational users, so why go after sick people too?
Nov 17, 2017 7:00 PM By: Sudbury.com Staff 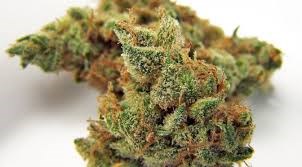 For the federal government to impose an excise tax on medical marijuana seems a cold and calculated attempt to get more money out of the pockets of ailing Canadians. (Supplied)

For the federal government to impose an excise tax on medical marijuana seems a cold and calculated attempt to get more money out of the pockets of ailing Canadians.

How can it be looked at in any other fashion? Well, if you’re Justin Trudeau’s Liberal government, where there’s a will, there’s a way.

It was announced last week the Liberals planned to add an excise tax of $1 per gram of marijuana or 10 per cent of the final retail price (whichever is higher) to all pot sales. It doesn’t matter if you’re taking that weed home to enjoy for fun, if you’re a cancer patient using it to improve your appetite or someone with a chronic, painful condition using the drug as a safe, non-addictive form of relief.

Reading between the lines, the Liberals are saying there’s no difference between recreational users and sick people, when nothing could be farther from the truth.

The Liberals justified the decision in a most curious (and some might say insulting) way. Bill Blair, the parliamentary secretary to Justice Minister Jody Wilson-Raybould, said the feds were, in effect, taxing both recreational and medicinal users so people wouldn’t pretend to be sick to get weed.

As patronizing and paternalistic as Blair’s stated reason is, it utterly ignores the valuable role doctors play as gatekeepers, implying that, when it comes to cannabis, physicians can’t be trusted to prescribe appropriately. Sure, some fakers always slip through and some doctors will illegally prescribe — no system is perfect — but that is happening anyway and with far more dangerous substances than marijuana.

Canada doesn’t treat any other prescription drug this way, not even ones that perhaps should come under more scrutiny, such as powerful, highly addictive opiates, which were prescribed like candy for much of the 2000s, leading thousands upon thousands of Canadians down a dark road of drug-slavery and, for dozens a day, death.

And yet medically prescribed cannabis, which is not physically addictive, needs to be singled out? To say Canadians need special protection from marijuana, a drug upon which it is virtually impossible to overdose, is laughable.

What we’re talking about here is unfairly taxing Canadians who have an actual prescription from a licensed medical doctor for a legal drug to treat a recognized condition.

If you were a federal government that ran on a platform of running deficits to fund major expenditures, perhaps you, too, would be looking for new sources of taxation, and, once having identified that new source, wringing it dry.

Marijuana legalization already has the potential to be a huge tax windfall for the federal and provincial governments. A 2015 poll by Forum Research found about 20 per cent of Canadians — 7.2 million people — admitted to smoking pot the previous year. The same poll found 30 per cent of Canucks — 10.8 million — said they would smoke it once the drug became legal.

That is a massive new and previously untapped form of taxation, with estimates as high as $5 billion a year in new tax money. That’s much more revenue that even tobacco products generate every year — around $3.3 billion — and that’s including both federal excise tax and provincial sales taxes.

Of course, under this proposed excise tax scheme, weed would be taxed at a much higher rate than cigarettes. For one cigarette, which weighs about a gram, a person pays about 10 cents in federal excise tax. At $1 a gram, the excise tax on marijuana would be ten times higher.

If stamping out the illegal market is part of the goal of legalization, adding a $1 a gram in tax to the price seems misguided. A high taxation scheme will only drive people to illegal dispensaries and drug dealers, lending support to the black market instead of killing it.

The bottom line is this: Canadians do not pay taxes on prescription drugs, and in this country, marijuana is recognized as a medication to treat certain health conditions. If a person has a prescription for it, they shouldn't be taxed.

Imposing an excise tax across the board unfairly penalizes sick people for no obvious reason other than increasing the taxman’s cut.