We love Greater Sudbury. And as the city’s community newspaper, we’ve watched, in disappointment at times, as our elected officials have squandered opportunities to move this city forward.
May 5, 2016 11:00 AM By: Sudbury.com Staff 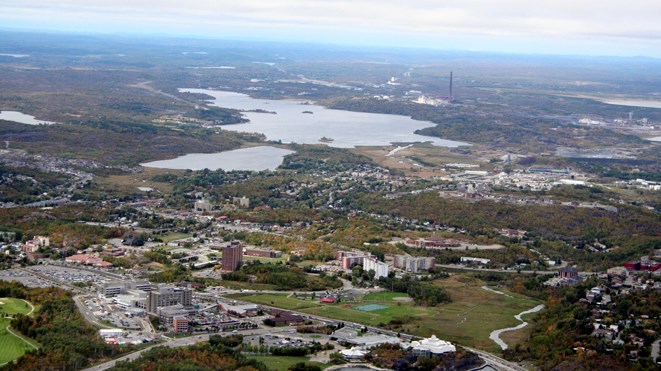 City council is is looking to get behind some big "transformational" projects for Greater Sudbury. File photo

We love Greater Sudbury. And as the city’s community newspaper, we’ve watched, in disappointment at times, as our elected officials have squandered opportunities to move this city forward.

Greater Sudbury is the pivot economy around which the wheel of the North turns. Too often — particularly when city councillors have placed the desire for re-election over the needs of the whole community — the turning of that wheel has ground nearly to a halt.

This is why it’s refreshing to see the current council in action lately. In four months, these 13 people made more decisions than the previous council made in four years.

Some people might not like that they backed the Maley Drive extension project, but no one can say they didn’t listen to supporters and critics alike. In our opinion, they sometimes gave too much credence to the murky and often mercurial reasons Maley critics threw out to try to get the project scrapped.

Now, council has moved on to tackle what it is calling “transformational” big projects.

Here, again, we support these efforts because we believe it’s in the city’s best interests. Greater Sudbury is the centre of Northern Ontario — we just don’t always act like it, and we don’t have some of the necessary infrastructure to back up that claim.

It’s time to put our money where our mouth is.

Ward 12 Coun. Joscelyne Landry-Altmann was exactly correct recently when she likened the current big projects debate to the efforts to birth Science North.

That project, too, had more than its fair share of critics. The voices of those critics have long been silenced as Science North has more than proven its worth. It’s as much a symbol of Greater Sudbury as the Big Nickel and the Superstack. Science North is a credit to the vision of a few and a feather in the cap of the entire city.

The big box shopping area off The Kingsway also had its detractors. But, again, the location has become a draw to shoppers from across Northern Ontario, who come to shop in our stores, stay in our hotels and eat in our restaurants — the big box might be off The Kingsway, but the entire city reaps the reward it brings in jobs, taxes and spending.

We’re sure that, as a news organization, there will be occasions where we'll criticize city hall (in fact we wouldn’t be doing our job otherwise), but it seems voters made some good choices in the 2014 municipal election. These are councillors who, thus far, appear to have a vision for the entire city, who look beyond the borders of their individual wards to see Greater Sudbury as a whole.

We’ll always have budgetary challenges; it’s a symptom of our ridiculous size. In a city geographically larger than the GTA, but with a population of nearly 38 times fewer people, there will always be potholes to fill and roads to surface.

It’s time the federal and provincial governments took seriously the infrastructure needs of Canada’s many geographically immense yet sparsely populated municipalities, but that’s a different fight.

We can’t let challenges, infrastructure or otherwise, stop us from moving forward — in fact, those challenges compel us to act.

We need to bring in more money to battle our infrastructure deficit. One way to do that is to employ more people, attract more visitors to spend money and broaden our tax base.

These big projects will help us do that. They will create short-term construction work, long-term jobs and new revenue streams for decades to come.

Council is now in an information-gathering phase. That’s important. It’s important to know where you stand before you reach for your wallet.

But the millstone of bureaucracy sometimes grinds slowly. We hope this council has as much intestinal fortitude to push these projects forward as it has vision to see their benefits.

Otherwise, we’ll be looking back on lost opportunities, instead of forward at the Greater Sudbury of tomorrow.