Here are seven stories to start your weekend 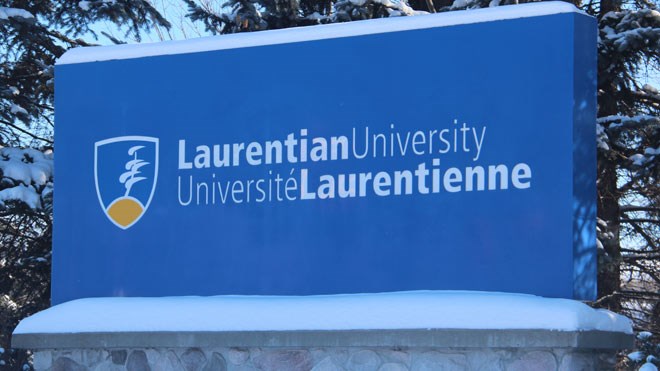 Court gives Laurentian until April 30 to plan how to get its house in order:

Laurentian University’s filing under the Companies’ Creditors Arrangement Act (CCAA) has been endorsed by the courts, meaning it now has until April 30 to come up with a restructuring plan after declaring it is insolvent earlier this month. Ontario Superior Court judge Geoffrey Morawetz issued his endorsement Feb. 11 after hearing from legal counsel representing Laurentian and interested parties a day previously. On Feb. 1, the university announced it has filed for creditors’ protection, a move considered unprecedented in the post-secondary sector. In his endorsement, Morawetz signed the “amended and restated order,” which, among other things, gives Laurentian the go-ahead to borrow $25 million in Debtor in Possession funding to allow it to cover its costs through April 30.  The endorsement also extends the “stay period” until April 30 (meaning there can be no proceedings against the debtor organization, in this case Laurentian, while it plans how to get its house in order). Full story here.

Many questions, not many answers from LU board at first meeting since creditor protection filing:

While the president of the union representing Laurentian University’s faculty said his members have been presented as “basically the enemy” in the university’s creditor protection filing, the chair of LU’s board of governors says the only enemy right now is time. Fabrice Colin, president of the Laurentian University Faculty Association (LUFA) said it was “quite distressing for LUFA members to see that in the filing, we were presented basically as the enemy, while in fact we are a member of the same communities, just like you. “Our children are going to the same school as your children and grandchildren. That was quite distressing for many faculty members.” Colin made the comments during a virtual meeting of Laurentian University’s board of governors Feb. 12. It has been less than two weeks since the university declared it is insolvent and applying to the courts for restructuring under the Companies’ Creditors Arrangement Act (CCAA). Laurentian’s CCAA filing has now been approved by the courts, and the university has until April 30 to come up with a restructuring plan. More on this story here.

Public Health Sudbury and Districts reported Friday that there are three new cases of COVID-19 in the area. Public Health Sudbury and Districts (PHSD) said there are now 35 cases being actively monitored. Since the pandemic was declared almost a year ago, there have been 559 total COVID-19 cases reported to the Sudbury health unit, with 524 of those cases being resolved locally. The daily update also reported one new death, which is the death originally reported late Thursday in connection with the outbreak at Health Sciences North. With respect to where the cases occurred,the PHSD daily update page reported that three cases were found to have occurred within the Greater Sudbury Area. In terms of possible causes of the new cases, PHSD reported three new cases linked to outbreak. No other case causes were mentioned. At Sudbury's Health Sciences North hospital, there are seven patients confirmed with COVID-19 for today February 12, 2021. According to the HSN daily update web page, two of those patients are in the Intensive Care Unit (ICU). There are eight additional admitted patients currently being investigated for COVID-19 at this time.

The Public Health Sudbury & Districts jurisdiction will be designated as an Orange - Protect zone of Ontario’s reopening framework when the province lifts the lockdown restriction at 12:01 a.m. on Tuesday, Feb. 16 and will no longer be subject to the provincial stay-at-home order. The change was outlined in a news release from Queen's Park on Friday afternoon.  In consultation with the Chief Medical Officer of Health, the Ontario government is transitioning twenty-seven public health regions out of the shutdown and into a revised and strengthened COVID-19 Response Framework: Keeping Ontario Safe and Open (the "Framework"), said the announcement.  Orange is described as being Restricted in terms of the Response Framework. Based on guidelines published on the Ontario government website, there are more freedoms, but there are still a lot of restrictions. Get the details of the reopening framework and what it means for Sudbury here.

Canada will receive 4M Pfizer doses by end of March:

In his latest COVID-19 briefing, Prime Minister Justin Trudeau provided an update on Canada’s vaccine situation and announced new measures for travellers entering the country from a land border. Trudeau said he spoke with the head of Pfizer this week and announced that four million doses of the Pfizer vaccine will be arriving in Canada by the end of March. The country will receive a further 10.8 million doses of the Pfizer vaccine between April and June, the prime minister said. Canada is also set to receive two million doses of the Moderna vaccine by the end of March, a shipment that is still “on track,” Trudeau said. As well, four million additional doses of the Moderna vaccine will arrive in the summer. You can watch Friday's press conference here.

Greater Sudbury Police say a search of a Sudbury home on Feb. 11 yielded evidence of child sexual abuse material. On Thursday, the GSPS Internet Child Exploitation (I.C.E.) and Computer Forensics Units along, with members of the Emergency Response and Intelligence Units, executed a Search Warrant at a residence in Greater Sudbury. Police say that search resulted in the collection of evidence related to child sexual abuse. A 44-year-old woman was arrested and faces six charges: Two counts of Access Child Pornography; Two counts of Possess Child Pornography, and; Two counts of Distribute Child Pornography. The woman appeared in bail court Feb. 11 answer to the charges.

If you are sexually assaulted, it’s a gamble your hospital will be able to collect evidence, Sudbury study finds:

One year ago, She Matters, a group based in Sudbury but striving for global reach, began a study into the availability of Sexual Assault Evidence Kits (SAEK) in Canadian hospitals, which, much as the name suggests, are used to collect and preserve evidence of sexual assault. The report on that study was released today, called Silenced: Canada’s Sexual Assault Evidence Kit Accessibility Crisis. What they found was startling. The key findings of the report reveal assault survivors searching fruitlessly for kits and if they do find a kit, they may need to be prepared to travel long distances to find someone to administer it, perhaps with an RCMP officer right outside the door. Get the full story here.

Good morning, Greater Sudbury! Here are a few stories to start your day
Apr 9, 2021 6:00 AM
Comments