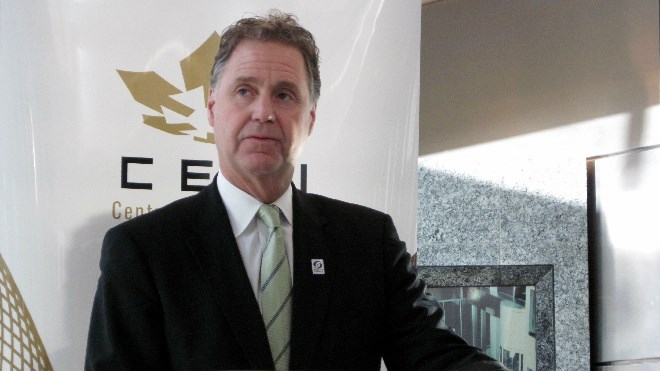 Scott Lund, who has been vice-president and GM of CTV Northern Ontario since 1997, is no longer with the company, Bell Media confirmed Wednesday. File photo.

As the media landscape continues to evolve in Canada,  Scott Lund, who had been vice-president and GM, is no longer with CTV Northern Ontario, a Bell Media spokesperson confirmed Wednesday.

“I can confirm that we are reducing a number of positions at CTV Northern Ontario as part of a restructuring at Bell Media that includes local radio and TV stations,” Matthew Garrow said in an email. “The restructuring is the result of the challenges Bell Media and other Canadian media companies are facing due to increasing international competition, the evolution of broadcast technologies, and advertising and regulatory pressure.”

Garrow didn't say how many people were losing their jobs in addition to Lund. Bell Media began the layoffs Monday, saying they wouldn't announce how many people are being let go.

Lund's father, George, was a vice-president with CTV until 2000. Scott Lund has held his current position since 1997.