Lougheed: A fitting tribute to a great Sudburian

Dr. Bob D'Aloisio died in 2017 after being struck by a vehicle while cycling. His friend and former patient, Gerry Lougheed Jr., pays tribute to him this week, even as the Laurentian Ski Trails were dedicated to the memory of 'Dr. Bob'
Nov 14, 2019 4:00 PM By: Community Submission 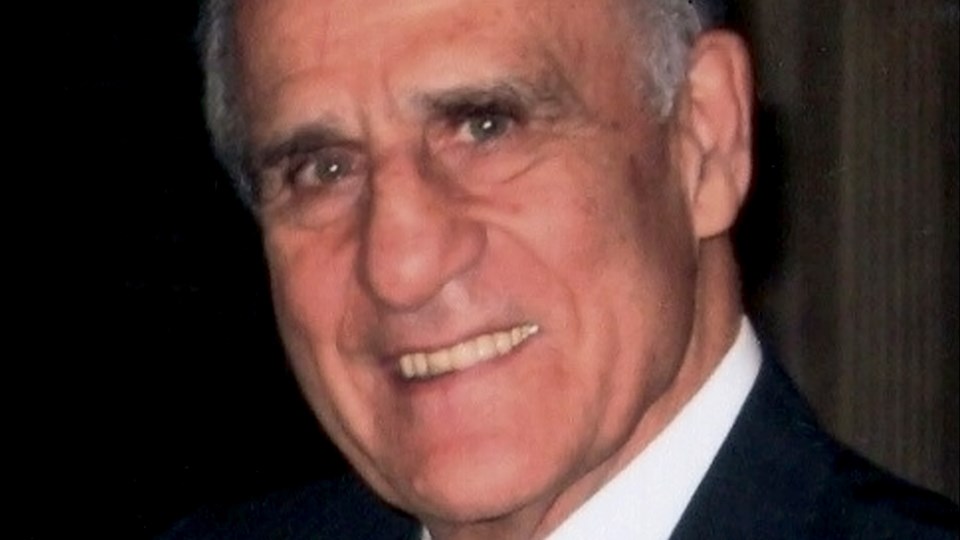 Dentist Bob D’Aloisio died Sept. 4, 2017 when he was struck by a car while riding his bike. (Supplied)

On Wednesday, Nov. 13, 2019, the Laurentian Ski Trails were dedicated in the memory of Dr. Bob D’Aloisio. With the generousity of his family and the celebration of his memory as a leader and dedicated member of the Laurentian Nordic Ski Club, these trails are now illuminated.

This legacy of light is most appropriate not only because of Bob’s passion for skiing, but it defeats the darkness of his death. In my many bereavement talks over the years, I state a person is only dead when their name is no longer said. The sign and bench at the trail head with his name will keep Bob and his spirit skiing amongst family and friends. It reminded me of my Bob stories, which I shared with Northern Life shortly after his death in 2017…

“It is people like Bob D’Aloisio who make the adjective ‘greater’ appropriate to describe the City of Sudbury. He had been my dentist and friend for the past 58 years. On Wednesday, Sept. 6, I was to go to his office for my annual checkup. The checkup wasn’t just about my teeth, but about community, politics, current events, history, family and friendship.

“The checkup never happened because Bob was killed Monday, while cycling on Paris Street. He was an avid cyclist, both street and trail, as well as a keen roller-blade enthusiast. I read one of the blogs on Sudbury.com that someone foolishly asked what was an 85-year-old man doing cycling? He was doing what he loved to do – living life to the fullest."

He was a great dentist. At age six, when I was hit by a baseball bat, Bob save the chipped and cracked tooth (I still have it today). The last cavity I had was at age 18. The fillings are still intact after 45 years of considerable chewing. Bob was using fluoride before Crest knew to put it in toothpaste. He was always attending dental conferences to be up to date regarding new ideas and issues. Bob D’Aloisio was never 85 on his bike or in his office. He was current, enthusiastic and inquisitive.

Beyond the dentist chair, my friendship with Bob included supporting Jim Gordon’s riding association, reminiscing about the West End, property management as in how to rewind small motor engines and how to make a difference when you get out of bed each morning.

Such was the case and kindness to my family, in particular, to my father. During the last years of my dad’s life, he was bed-ridden and confined to his house on Eyre Street. As is often the case, many people forget you and you spend many hours and days alone except for family members. Bob heard of dad’s bed-ridden residence.

He came monthly to visit him. He came usually at 10 p.m. by bike or roller blades from his home in Lo-Ellen. Dad and Bob would visit about the good old days in the West End until midnight. He gave my father the gift of conversation and friendship during a time when many others had forgotten Dad or were too busy to give him the gift of their time. It meant so much to my father and our family.

Yes, Robert “Bob” D’Aloisio is (not was) a great person because he led by example and continues to provide that example to all of us.

At the end of his funeral liturgy, his son-in-law explained when the family went through his wallet after the accident, they found a folded paper he carried daily.

The contents of the paper had been inspired years before by Bob’s granddaughter. He had written on the paper these thoughts:

And when that rain is snow, it won’t be dancing but skiing on the Robert D’Aloisio Trails.

Gerry Lougheed Jr. is chair of the Bereavement Foundation of Sudbury and manager of the Lougheed Funeral Homes in Sudbury.

Ontario reporting incidence of mosquitoes positive with West Nile virus
Aug 6, 2020 8:00 PM
Comments
We welcome your feedback and encourage you to share your thoughts. We ask that you be respectful of others and their points of view, refrain from personal attacks and stay on topic. To learn about our commenting policies and how we moderate, please read our Community Guidelines.