Opinion: Decaf coffee won’t save the planet but the science behind it might 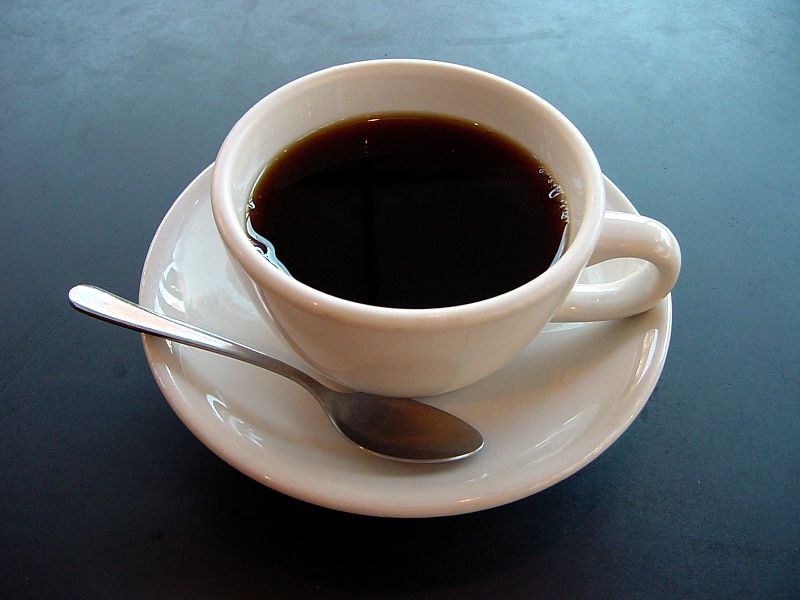 Decaf coffee will save the planet? No, it won’t, but the science behind creating a better decaf coffee could.

What will it take to convince people to accept change in the way we farm? Maybe the prospect of a better cup of coffee.

Some of the approaches being explored to create a better cup of decaf are the changes that could create a secure food future. Decaf may also help get you a better night’s sleep.

Decaf is a win-win, so why is it still only 10 per cent of the coffee market? Part of the answer is likely the ‘Death Before Decaf’ mentality of some coffee drinkers, but for the more rational, the issue is taste.

Commercial decaf coffee has been around for 100 years, but generally hasn’t tasted very good. In fact, historically, it has tasted terrible. Maybe this was the benzene, the powerful organic solvent (think lighter fluid) that was used in extraction, and is also a powerful carcinogen. Luckily, that’s gone. Overall, though, the poor taste was because the processes used were efficient in extracting caffeine, but also extracted or altered the other chemicals that give coffee its fantastically complex taste and even its health benefits.

Even at 10 per cent of the global market, decaf is a $2-billion industry, driving the quest for a better cup.

How we make decaf now

Decaffeinated coffee is up to 99.9-per-cent caffeine-free, but all commercially grown coffee naturally contains caffeine. So, all coffee has to be decaffeinated and, although processes vary, they share a similar pattern. Caffeine is soaked out of green coffee beans by a liquid solvent, before the beans are roasted. The solvent differs between methods. Coffee is “naturally decaffeinated” if this solvent is CO2, coffee oil, or water, but not if the process uses other chemicals like methyl acetate or ethylene chloride.

The current gold standard in decaffeination technology is the Swiss Water Decaffeination process, which uses cycles of exposure to a water-based green coffee extract, and extraction of the caffeine by activated carbon, to decaffeinate, while maintaining the flavour of the coffee. Here’s a video on how it works.

The process is used in my favourite decaf and actually makes a pretty good cup of coffee. It’s a good cup of coffee, but is it the same as it’s caffeinated cousin? Honestly, no. And this little difference is why there is so much interest in creating the perfect decaf.

Genetics may get us to that bean. Right now, there are two main routes to naturally decaffeinated, actually caffeine-free, coffee: find genetic variation in the wild, or create it in the laboratory. In either case, the coffee will grow without producing caffeine, eliminating the need for a decaffeination process, meaning that the true taste of the bean will be preserved.

There are more than 130 species in the genus Coffea, but two species make up more than 95 per cent of the global commercial coffee market, C. arabica and C. canefora, Arabica and Robusta, respectively. Not all species of coffee produce caffeine, which begs the question of why most do. It is likely a defence against insects, but it also, shockingly, stimulates pollinators. Yes, caffeine literally gets the bees a-buzzing.

Traditional agriculture would simply mate — or “cross” — caffeine-free species with Arabica or Robusta and search for caffeine-free hybrids. Those projects are underway, but so far haven’t yielded any coffee to market. A good cup of coffee is a complicated thing and a traditional breeding approach just may not work.

The opportunity, however, highlights a central challenge in modern agriculture: how to find new crop resources. A diversity of species represents a diversity of resources. Novel species could be the source of something like caffeine-free coffee, but they could also, more importantly, be the survival of a critical species.

This kind of situation essentially saved the banana. Prior to the 1960s, essentially all bananas that made it to the breakfast table were Gros Michel, but it was essentially wiped out by a fungus. Fortunately, another banana, the Cavendish, that was resistant to that fungus, was swapped in and saved the banana industry.

Cavendish is now under threat from a different fungus, but a replacement banana is not obvious. Are the days of commercially available bananas numbered? Globally, bananas are a critical part of the diet for 400 million people and failure to find a replacement could be devastating. We need new species or new agricultural techniques to make sure that this failure doesn’t happen.

Diversity within species of coffee

There are also strains of the Arabica coffee that are caffeine-free. These plants have a naturally occurring mutation, a small change in their genetic code, that knocks out caffeine production. Most species have genetic variation of some kind. Ours certainly does. My lovely baby blue eyes, that I so fortunately inherited from my mother, and passed on to my daughter, are the product of a mutation that occurred about 8,000 years ago.

My ancestors got blue eyes, while the ancestor of these plants became caffeine-free. So far, however, these plants haven’t led to a commercial decaf. Not all Arabica is created equal. In fact, one of the joys of drinking coffee is sampling different Arabica varieties (I’m a huge fan of Tanzanian Peaberry), so simply being Arabica doesn’t guarantee the beans from these plants will make a good cup.

A solution may be in crossing these caffeine-free Arabica with other high-quality Arabica plants. We will see.

These caffeine-free Arabica plants highlight another important opportunity, and concern, in modern agriculture. They are part of a diverse collection of coffee plants in an incredible agricultural research centre in Brazil. Diversity is a resource. This point is true for agricultural, and non-agricultural, plants and animals, not to mention people. But diversity must be recognized and maintained and unfortunately, destruction of habitat is leading to an unprecedented wave of extinction and loss of these resources.

Further, funding for basic science is threatened in many countries putting research facilities at risk. As a society, we are continuing to ignore these inconvenient facts, but could the prospect of losing the perfect cup of decaf change public perspective?

The plants also highlight a problem with natural genetic variation. Mutations are random events. They don’t happen with a purpose, so natural variation often doesn’t occur exactly where we would like it to.

The caffeine-free Arabica plants are a case in point. While the plants don’t produce caffeine, they do produce theobromine. Theobromine is to chocolate, as caffeine is to coffee. The molecule is a stimulant and acts in similar, though more subdued, ways as caffeine. Coffee from these beans may still perk you up, although less than your typical cup.

Engineering genetic variation in the laboratory

The theobromine in these caffeine-free plants also tells us that the mutation is in the gene for caffeine synthetase, the enzyme that converts theobromine to caffeine. To make the perfect decaf, we would like to inactivate a gene that works earlier in caffeine production. Genetic engineering can do this.

Genes work by coding for proteins, for example caffeine synthetase, the protein that converts theobromine to caffeine. In between the gene and the protein is a messenger made up of RNA, a molecule very similar to the DNA that makes up genes. Low-caffeine Robusta has been created in the laboratory using a process called RNA inhibition, RNAi, to turn down activity of one of the genes involved in caffeine production by 70 per cent.

RNAi is based on a natural plant antiviral defence mechanism that has been harnessed in the laboratory to modify gene activity. In my laboratory, we use this technology, which inserts small sections of foreign DNA into the organism you are studying, to turn down metabolic genes in flies to study their biology. The project in Robusta is promising, but almost 20 years after initial success, a coffee has not yet come to market.

It might also be possible to create caffeine-free coffee in the laboratory by simply editing coffee’s gene. CRISPR-Cas9, or just “CRISPR”, harnesses a bacterial antiviral defence system, and an organism’s own DNA repair systems, to make changes in gene sequences. The CRISPR system can simply edit existing genes, and no foreign DNA has to be inserted into the genome. CRISPR is ingenious, incredibly flexible, more accurate than any previous genetic editing tool, and led to the 2020 Nobel Prize in Chemistry.

This goal, really, is how gene editing will likely be most used, not to create something like a better cup of coffee, but to create plants that can produce more or survive our changing environment.

One advantage of both laboratory techniques is that they could be done directly in a plant that is already high quality. The entire process could be done in as little as six years, not the 25-30 of traditional agriculture.

Again, this process seems like a win-win, so, why is there this resistance? Mostly because of the stigma around genetically engineered organisms. Although there is almost universal support for engineering across the scientific community, there is a broad public mistrust of genetically modified foods. In this case, CRISPR, which doesn’t have to add any genes, just edits ones that are present, may have the public relations upper hand, although it still faces some issues in wide acceptance. In fact, the CRISPR plants wouldn’t even be regulated in the USA, although they would in Europe, because the changes simply mimic the small changes that occur naturally, like the mutation in those three Arabica plants in the Brazil collection.

Could a better cup of decaf be the reward that tips the scale in favour of genetically engineered agriculture?

I am not actually proposing that decaf coffee will save the world, but it may change peoples’ minds, and changing minds is absolutely necessary for saving our world. Good facts are important, but more facts won’t necessarily change opinions.

Having conversations about the value of modern technology in supporting things that people value , like a better cup of decaf coffee, can help us find common ground. Dialogue, and good information, can be part of changing peoples’ minds and saving the world.

It is, in fact, really hard to overestimate the value of a good cup of coffee.

Thanks to the poet Kim Fahner, the barista Stephanie Grabish, and the scientist Dr. Elisabeth Marnik for comments and suggestions on this piece. Coffee bridges all disciplines.

Dr. Thomas Merritt is professor in the Department of Chemistry and Biochemistry at Laurentian University.