Host Chris Byrne has been laid off, while Mellaney Dahl moves to afternoons for the first time in 30 years
Dec 3, 2020 3:24 PM By: Sudbury.com Staff 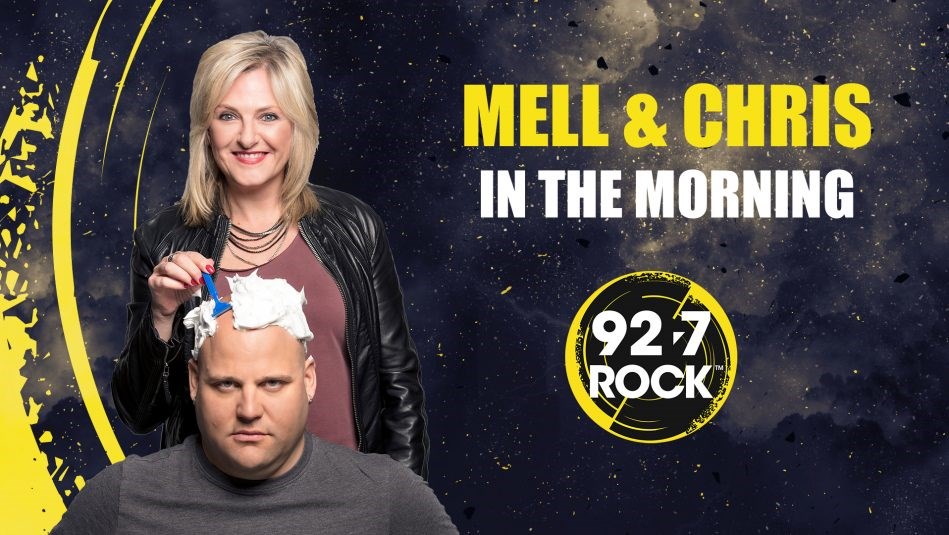 The layoffs announced in late November by Rogers Sports & Media mean the morning show on 92.7 Rock hosted by Mellaney Dahl and Chris Byrne is coming to an end. (92.7 Rock)

The layoffs announced in late November by Rogers Sports & Media mean the morning show on 92.7 Rock hosted by Mellaney Dahl and Chris Byrne is coming to an end.

“OUCH, this one hurts. Tomorrow, Dec 4th will be my last day with 92.7 ROCK Sudbury and the last ‘Mell & Chris’ show,” Byrne’s post reads. “It's been awesome to entertain you Sudbury and we've done some amazing things these past 4.5 years. Mell will continue on with the station. To the listeners, I will miss you immensely. To the haters, I know you'll miss me too. Thank you SOOOOO much for sharing your mornings with us. If you believe ‘everything happens for a reason’ like I do ... then BUCKLE UP!”

“Mell Dahl is staying with the station,” Khan said. “We have some exciting programming changes that will be announced next week.”

In a Facebook post this afternoon, Dahl revealed that she will be moving to an afternoon slot from an early morning slot for the first time in 30 years.

“After 30 years of setting my alarm clock for 2:30 in the morning, I will finally be living in the world of normal-people hours,” Dahl wrote. “Tomorrow will be the last Mell & Chris in the Morning Show on 92.7 ROCK Sudbury. I will be doing a new show from 12-3 p.m., including a Classic Lunch, which I am super excited about. Chris is moving on but we will always be loyal friends.”

Dahl called the change “bittersweet” because she has made some great morning show friends, but she is happy to continue to be on the radio.

“The good news is I am still on the air with the music I love in the city I love on the station I love,” she said. “(But) it’s going to be weird not going to bed at 8 p.m. and not getting to work with my top on inside out because I got dressed in the dark.”

A new morning show starts this coming Monday, Dec. 7, on 92.7 Rock. From her post, it sounds like Dahl’s afternoon gig begins Monday, too.**

**An earlier version of this story stated the date as Dec. 14. That has been corrected.