‘These are exactly the kinds of infrastructure projects a new Conservative government will prioritize and I’m pleased to announce that as Prime Minister, my government will fund them’
0
Oct 10, 2019 11:01 AM By: Sudbury.com Staff 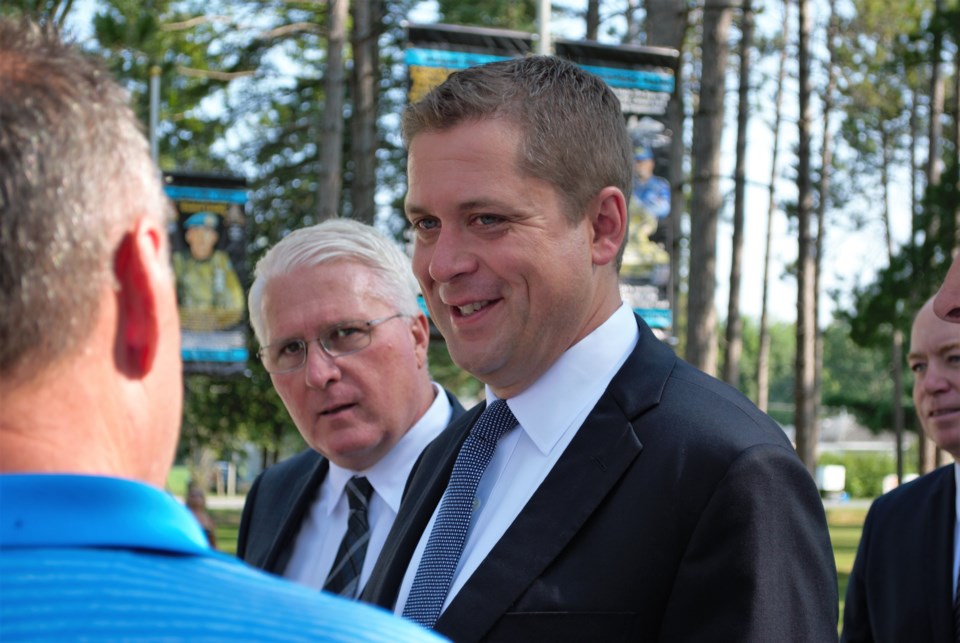 Andrew Scheer is the leader of the Conservative Party of Canada. (File)

The party has already pledged to support infrastructure projects that lower commute times for Canadians.

“The Ontario Line and the Yonge Subway Extension are two great examples of projects that reduce commute times and relieve traffic congestion for hard-working commuters,” Scheer said. “These are exactly the kinds of infrastructure projects a new Conservative government will prioritize and I’m pleased to announce that as Prime Minister, my government will fund them.”

Read the full text of the release below.

Markham, ON – A new Conservative government will fund the Ontario Line and Yonge Subway Extension projects as part of a plan to prioritize projects that get Canadians home faster, Conservative Leader Andrew Scheer announced today.

“These are exactly the kinds of infrastructure projects a new Conservative government will prioritize and I’m pleased to announce that as Prime Minister, my government will fund them.”

Scheer was joined by Markham Mayor Frank Scarpitti and Richmond Hill Mayor David Barrow and pointed out that despite a $187 billion infrastructure spending commitment, Justin Trudeau has failed to deliver much-needed commuter infrastructure for Canadians.

“Justin Trudeau was elected on a promise to invest in infrastructure and get these kinds of projects built. But four years later, he has spent the money but has nothing to show for it. We got the deficits without the infrastructure,” Scheer said. “Once again, he is not as advertised.”

Only Canada’s Conservatives have a plan to lower your taxes and put more money in your pockets so you can get ahead. We will build the desperately needed infrastructure Canadians need to get home faster at the end of the day.

Trudeau’s Carbon tax will add 31 cents a litre to the price of gas, adding hundreds of dollars to the cost of everyday essentials. In Ontario, his carbon tax will cost you over a thousand dollars each and every year.

NASA’s ‘historic’ launch postponed due to weather
May 27, 2020 2:32 PM
Comments
We welcome your feedback and encourage you to share your thoughts. We ask that you be respectful of others and their points of view, refrain from personal attacks and stay on topic. To learn about our commenting policies and how we moderate, please read our Community Guidelines.