Off The Street Emergency Shelter will provide a permanent location to care for vulnerable residents
Oct 30, 2019 10:03 AM By: Darren MacDonald 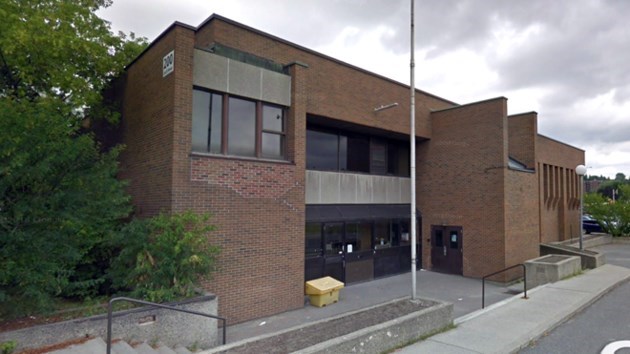 The troubled construction of a shelter for the city's most vulnerable residents is edging toward completion, with the Off the Street emergency shelter set to open Nov. 25.

That's three weeks later than the original projected opening date of Nov. 1, but the Canadian Mental Health Association/Sudbury-Manitoulin has been operating a temporary low barrier men’s shelter at 146 Larch St. since September.

That shelter will close when the permanent location opens Nov. 25, the CMHA said in a news release Tuesday.

In 2017, city council transferred the 200 Larch St. building to the CMHA to create a centralized facility for those experiencing “chronic homelessness, substance use disorders and mental illness,” the release said.

The $7 million shelter ran into problems last summer when it emerged the CMHA began construction without all the funding in place. City council provided a $2.2 million interest-free loan in August after the bank holding the mortgage refused to provide more financing until it had enough money.

Renovations are now almost complete with more than $2 million provided by the Ontario’s Home for Good program, the news release said, along with the interest-free loan from the city.

“This year we are pleased to announce that OTS emergency shelter will be permanently located at 200 Larch St.,” Marion Quigley, outgoing CEO, is quoted as saying in the news release. “Construction at 200 Larch St. began last March 25 and since that time things have progressed quickly.”

The emergency shelter will operate year-round and offer 30 cots. Open seven days a week from 10 p.m. to 8 a.m., the shelter provides a safe warm place to sleep with light snacks, outreach and referral services to individuals over the age of 18 of all genders who are homeless and unable to access other shelter services.

“As a low barrier shelter, OTS aims to help as many people as possible,” the release said. “The shelter will not turn away people who are under the influence.

However, security will conduct bag checks, and no drugs, alcohol or weapons will be permitted on the premises.”

CMHA’s Harm Reduction Home and Sudbury District Nurse Practitioner Clinic’s third location will also be operating out of 200 Larch St. The two programs are scheduled to open in the new year.

“We look forward to working closely with all of our partners to provide this low barrier shelter for some of our downtown citizens that have nowhere else to go,” Cindy Rose, CMHA Manager, Harm Reduction and Shelter Services, is quoted as saying in the release.

The Off the Street and temporary men’s shelters accept donations of coffee, tea, lozenges, toiletries (toothbrushes, toothpaste, deodorant, lotion, lip balm), as well as new socks and undergarments. Call the CMHA at 705-675-7252 for donation inquiries.

‘Karen’ for Kids: Sudburian striving to raise $10,000 for NOFCC next month
Jul 7, 2020 6:00 PM
Comments
We welcome your feedback and encourage you to share your thoughts. We ask that you be respectful of others and their points of view, refrain from personal attacks and stay on topic. To learn about our commenting policies and how we moderate, please read our Community Guidelines.