Police use canine unit to track down driver who fled from St. Charles crash scene 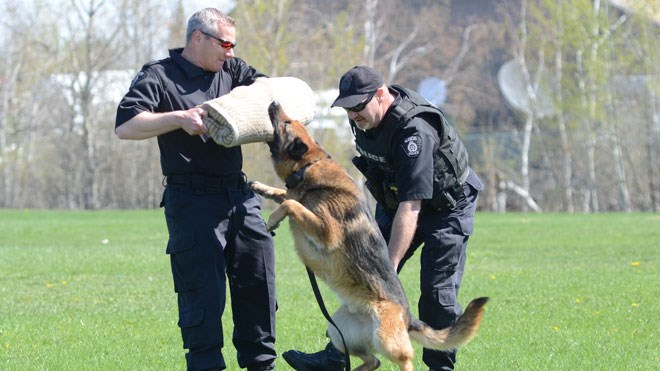 A canine unit was used to track down a 32-year-old Sault Ste. Marie man who fled from his crashed vehicle in St. Charles on Oct. 18.

OPP officers responded to a single-vehicle crash on Highway 535 in St. Charles at about 10:30 p.m. They found a severely damaged pick-up truck that had crashed into a hydro pole and rolled over. The driver could not be located.

The Greater Sudbury Police canine unit and the OPP Emergency Response Team were called in to search for the driver. They found him more than three hours later hiding in a nearby shed, which had been forced open.

Further investigation revealed he was breaching a condition from a previous release order, and the plates were not authorized for the vehicle, and it was not insured.

He was treated for minor injuries and charged with mischief, breach of recognizance, careless driving, using a plate not authorized for the vehicle, failing to remain, failing to report an accident and operating a motor vehicle without insurance.

He was released on an undertaking and is scheduled to appear at the Ontario Court of Justice on Dec. 16 in Sudbury.