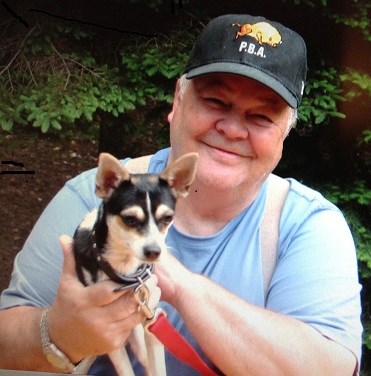 Born in Sudbury, Buck also lived in Blezard Valley, Val Therese and Hanmer before moving to St. Catharines almost three years ago. In his early years, Buck worked as a bank teller and then Sudbury Motors before getting hired by Inco where he started out in the mine before spending the duration of his career as a respected welder, retiring in 1999. For many years he was the skate sharpener at the Confederation Arena in Val Caron, taking over the practice he learned from his grandfather. He participated in many sports in the Valley over the years, including bowling, broomball and hockey, but his real love was blooperball. He played for many years in the Valley East Men's Blooperball and Slo-Pitch Leagues, playing for many teams including The Animals, Lucky's, Norm's TV and in later years with the Masters Athletic Club, with which he donated countless hours to charitable causes. Buck also enjoyed giving of himself with his friend Moe Scott, coaching powerlifting athletes with the Special Olympics. Buck was an extremely talented and creative woodworker, often lending out his time and skills to family, friends and other community members. Buck loved building upon and enhancing the family home in Hanmer and the cottage at Fairbank's Lake.

The family would like to thank the wonderful and caring staff of all of the Greater Niagara General Hospital sites for all of Buck's care over the past three years, particularly the nursing staff at the Welland Hospital in his final days. Buck suffered with diabetes and related illnesses for many years and the family would also like to graciously thank all of those wonderful and kind people involved in his care. Cremation has already taken place. As per Buck's wishes, there will be no formal service.

"Dad, I knew saying goodbye wasn't going to be easy, but I didn't ever think it would be this hard. I cannot convey the profound impression you had upon me and so many others. I hope and pray that heaven is filled with endless amounts of wood for you to ply your creative skills and that they need a pitcher for the big game. I will remember and love you always."

In memoriam: Nedera DiLullo
Feb 18, 2020 9:07 AM
In memoriam: Jekabs Dzilums
Jan 13, 2020 11:05 AM
Card of thanks from the family of Eli Pasquale
Dec 18, 2019 9:12 AM
Comments
We welcome your feedback and encourage you to share your thoughts on this story. We ask that you be respectful of others and their points of view, refrain from personal attacks and stay on topic. To learn about our commenting policies and how we moderate, please read our Community Guidelines.