Column: Assisted dying is an ethical tug-of-war that must be waged 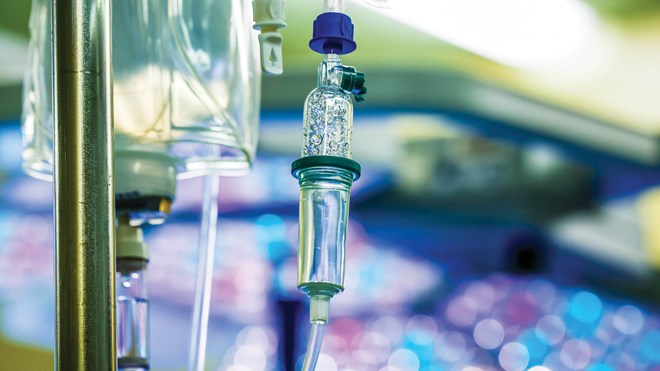 In March, I wrote about how we define and refer to MAID (medical assistance in dying).

It garnered many replies, as is to be expected of an ongoing ethical debate. In particular, Jeffrey Brooks wrote a comment that clarified several points. In the spirit of exchange, we decided to come back to the subject today, especially since medical assistance in dying is a reality that more and more Canadians will have to face in the coming years.

Brooks first correctly points out that the difference between MAID and PAD (physician-assisted death) has to do with who can administer life-ending drugs. As Brooks notes, there are remote communities in Canada that do not have physicians. So these places must rely on other medical care staff to be designated as the ones with the training and legal authority to carry out an act of MAID.

Although all of this is correct, it does not change the fact the Supreme Court used PAD and not MAID in its opinion (although, somehow, the reverse is true in French). In the end, the Court was concerned with deciding whether the Criminal Code laws on assisted suicide were constitutional or not. It is not its role to make laws that will fit the actual context of Canadian health care.

The federal and provincial governments along with the medical professional associations play this role of making laws and regulations that take into account the context. There will always be uncertainty in the details, even after a judicial decision, and thus, ongoing ethical inquiries and public deliberation are justified.

Brooks then makes a second point. He emphasizes the fact that in MAID, we are dealing with a person who is already dying from an underlying disease. Since the person is in the process of dying, the assistance provided by the designated medical personnel is meant to hasten this natural process. The reasons for doing this, he says, are to reduce suffering and alleviate the fears the patient has toward the natural death that will result from the disease.

He thus says that to call this suicide would be inaccurate, since we normally use that label for persons who are not dying in the near future but still end their lives themselves. Suicide should, in this view, be reserved for someone who doesn’t wish to continue their life.

I agree with Brooks that being afflicted with a terminal disease is the context for MAID. But this does not change the fact that the dying person must still make the choice whether to end his or her life sooner, rather than waiting for the natural end to come. This is the ethical issue faced by the patient. I readily admit that this must be a very difficult situation to have to face.

Furthermore, the situation might evolve, as the new law on MAID might soon open the door for someone whose death is not in the near future to request assistance to die (not in dying). Under the law, the Ministers of Health and Justice are required to initiate independent reviews in the case of requests made by persons with mental illness as their sole underlying condition.

Such a person could have the wish to no longer continue their life even though their death may not be imminent. Assuming the review grants that person’s wish, shouldn’t that MAID then be considered a suicide? And with that being a possibility, does it change how we assess the morality of existing practices? How much does suicide loom in our moral considerations?

Finally, Brooks points out the dying patient can either choose to self-administer the lethal drugs or have the designated professional administer the drugs intravenously. He further notes the second option is the most common.

There are numerous precedents for such ethical quandaries for practitioners (abortion is one). The College of Physicians and Surgeons of Ontario (CPSO) is considering a regulation that will require their members to refer patients to another physician if they refuse to assist the patient in dying. It is therefore appropriate that we ask ourselves whether assisting in dying is truly something that can be required from a practitioner, and under which conditions.

The Supreme Court ruling foresaw this ethical issue. That is why it recognized not only the right of the dying patient to request assistance in dying, but also the right of medical professionals to refuse to participate in this act if they conscientiously object to it. Our society now has to figure out how to balance both of those equally-recognized Charter rights.

In the end, the details of implementing MAID give rise to many ethical issues, and our first duty as citizens is to be aware of them.

Paolo Biondi is a professor of philosophy at the University of Sudbury.