GSU has 173 of the smart meters linked to Sask. fires

Greater Sudbury Utilities has installed 173 of the Sensus Generation 3 smart meters that have raised fire safety concerns in parts of Canada and the U.S.
Aug 9, 2014 3:25 PM By: Darren MacDonald 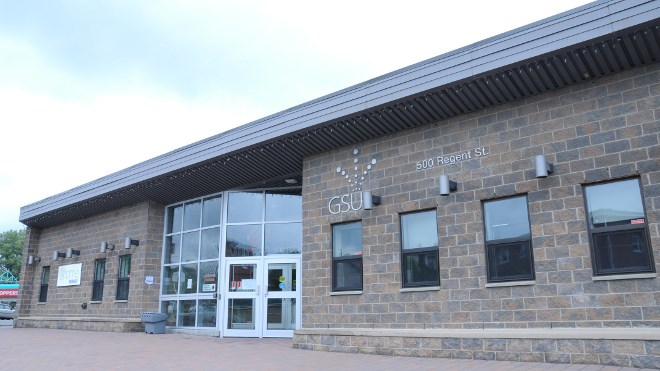 A spokesperson for Greater Sudbury Utilities says they have taken several steps to ensure its Sensus Generation 3 smart meters are safe. Most of the 173 installed in the city have alarms that go off if the equipment gets hot. File photo.
Greater Sudbury Utilities has installed 173 of the Sensus Generation 3 smart meters that have raised fire safety concerns in parts of Canada and the U.S.

The meters have been linked to nine fires in Saskatchewan, although whether they were responsible for causing the blazes is still being investigated.

Ontario Energy Board spokeswoman Karen Cormier said there are no plans to change the meters as of yet, since they're not aware of any fire concerns related to smart meters in Ontario. While the cause of the Saskatchewan fires is still being determined, indications are the meters weren't to blame.

"So far, we can say that we haven't heard of any safety issues," she said.

Sensus has said it conducted lab tests and site inspections to determine the cause of the "incidents" and the results so far point to "contributing external factors" such as holes in the meter boxes that allowed water in, or power surges.

"Safety is our number one priority and all Sensus meters go through rigorous testing and meet or exceed industry safety standards," company president Randy Bays said in a statement.

And a spokeswoman for Energy Minister Bob Chiarelli said that, at this point, there is no plan to remove the smart meters because of fire concerns.

"We note that the investigation into the cause of the incidents is still in progress and that it has not yet been determined whether the issues originated from the meter itself versus an issue with the meter base or as a result of the installation process," Beckie Codd-Downey said in an email to the Canadian Press.

In Sudbury, Brian McMillan, the GSU's vice-president of distribution electrical systems, said they are keeping a close eye on the fire investigation.

“Because until we know the cause, we don't really know anything,” McMillan. “It may be the meters, it may be the sockets the meters are plugged into. So you can't really solve a problem until you've defined the problem. And they haven't.”

The GSU began installing the Generation 3 meters in 2011, and there hasn't been a problem with them since, he said. They've also taken several steps since then to ensure the meters are safe, he said.

When they were being installed, technicians also inspected the sockets to ensure they were in good shape and could handle the new meters.

“As most utilities in Ontario did,” he said. “You would have to ask SaskPower whether they did that.”

And most of the meters installed in Sudbury have what's called a hot socket alarm, which monitors the temperature of the sockets.

“It's a software or sensor that alerts us or the system when a socket was warming up,” McMillan said. “We've received, over the years, three hot socket alarms.”

Two were related to the sockets, not the meters, he said, and the other was a mystery and has operated properly since then. Staff also tests the condition of the sockets when they replace meters.

If there's a problem, the GSU won't put in the new meter until it's addressed.

And in the broader picture, McMillan said copper or aluminum wiring are a much bigger hazard, accounting for 22 per cent of electrical fires, according to Ontario's Electrical Safety Authority.

“The risk that meter is going to cause a fire in a home is very, very low,” he said. “Is it possible? Sure. No one can guarantee that any product or device is totally risk-free. But the (odds) are pretty low.”