The provincial government sent its strongest signal yet Monday that it will fulfil its election promise to fund its share of the long-awaited Maley Drive extension.
Dec 1, 2014 9:43 PM By: Sudbury.com Staff 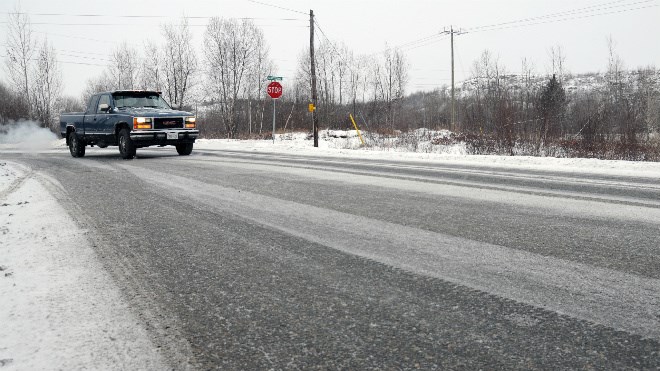 Reader Brian Marsh accuses the city of trying to force the Maley Drive extension project forward regardless of whether the work is necessary. File photo
The provincial government sent its strongest signal yet Monday that it will fulfil its election promise to fund its share of the long-awaited Maley Drive extension.

Speaking Monday in the Ontario Legislature, NDP Leader Andrea Horwath called on Premier Kathleen Wynne to formally approve the $26.7-million expenditure, an amount that would be matched by the city and by the federal government through Ontario's share of infrastructure money.

“So far, not a single dollar has flowed,” Horwath said. “We have a promise, but no action. When will the government keep its promise to the people of Sudbury?”

In response, Brad Duguid, Ontario's minister of Economic Development, Employment and Infrastructure, chastised the NDP for voting twice against budgets that included the funds.

But in the clearest signal yet of Liberal support, Duguid said his government is committed to Maley.

“All that talk, and still no action,” Horwath replied. “Where is the money, Mr. Speaker? The people of Sudbury have been waiting over 10 years … Will this government stop playing games, stop talking a good game, and actually ante up the funding?”

Duguid repeated that the province will keep its promise, and said it is in talks with the federal Progressive Conservative government to detail how Ontario's share of the Building Canada Fund will be spent.

Duguid's comments contrast with what he said in November, in response to a similar question from former Sudbury MPP Joe Cimino, who resigned two weeks ago, citing family and health concerns. Cimino won the longtime Liberal seat for the NDP in the June vote. That sets up a byelection in Sudbury sometime in the next six months, with the Liberals hoping to regain the seat.

In contrast to his remarks Monday, Duguid was much less equivocal in an exchange Nov. 3 with Cimino. He didn't answer the Maley question directly, and instead criticized the feds for not spending enough on infrastructure. He said the province is committed to spending $130 billion over the next 10 years, compared to $70 billion from the federal government for the entire country.

“That's a far cry from where their investment should be,” Duguid said. “We'll be calling on the federal government to pay their share when it comes to projects like this.”

And a spokesperson for the province told NorthernLife.ca on Nov. 10 the province has been asking since March for details on how the federal infrastructure money will be allocated and still hadn't received a reply. However, Duguid said Monday the information has now been received and more details will be announced in the near future.

“We are in discussions with the federal government in regards to funding,” he said. “We expect to be able to move forward (with Maley) soon. But we don't have a date as of yet.”

In the planning stages since 1980, the Maley extension would allow heavy ore trucks to bypass Lasalle Boulevard and The Kingsway as they make their way along Highway 17. It would also give commuters an alternative route getting across town, easing congestion along both routes.

While the $26.7 million isn't the full one-third share of the roughly $130-million project, when combined with matching funds from the city and federal governments, city staff have said it would be enough to complete the ring, with road widening and other improvements to come in later stages.