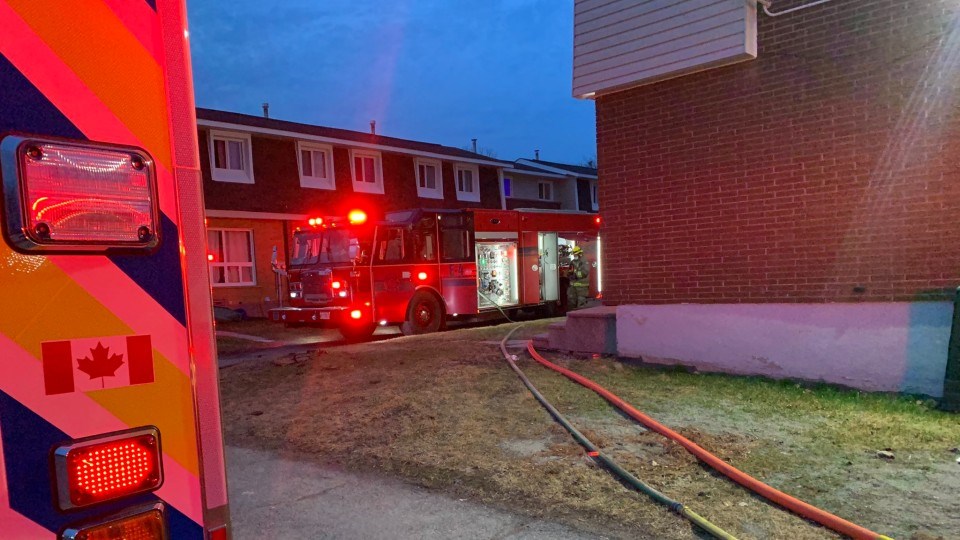 Multiple arrests have been made in relation to a suspected arson fire that claimed three lives on April 11.Greater Sudbury Fire Services/Twitter

Jared Herrick, 34, and Phillippe Jeannotte, 34, were arrested April 27 and charged with three counts of first-degree murder, as well as one count each of attempted murder, conspiracy to commit murder, arson - disregard for human life, break, enter and commit, and possession of an incendiary device.

Although two people were previously charged in relation to the fire (detailed below), they were charged with being "a party" to the crime.

Under the Criminal Code of Canada, a charge of being “party to” an offence can be laid against those who aids or abets “any person in committing an offence” and are considered to be “a party to that offence.” Under the code, “abetting could mean encouraging, instigating, promoting or procuring a crime to be committed, and must be done during the actual commission of the offence.”

The charges against Herrick and Jeannotte allege they are directly to blame for the incident.

The two were not the only people arrested in relation to the fire.

Greater Sudbury Fire Services said firefighters responded to a 911 call with reports of fire and smoke from one of seven units in a row house on Bruce Avenue on April 11.

Five city fire crews were dispatched to the call. Firefighters performed an initial search of the unit, Deputy Chief Jesse Oshell told Sudbury.com. Two people were declared dead at the scene, a 50-year-old man and a 26-year-old woman, while another person, a 33-year-old woman, was evacuated from the home with life-threatening injuries.

She was airlifted to Sunnybrook Hospital in Toronto, where she died April 16.

A fourth person, a 37-year-old man, had jumped from the second-floor window prior to the arrival of firefighters, said Oshell. He was also transported to hospital with life-threatening injuries.

“We were able to contain the fire to just the one unit, but there is smoke and water damage to adjacent units,” Oshell said

The fire displaced 12 people from seven units. The Canadian Red Cross and Greater Sudbury Housing helped with temporary accommodations for those affected.

“This is an ongoing investigation, and we are actively seeking information in relation to additional individuals who are believed to be involved in this incident,” said GSPS in a news release.