CMHA withdraws from Home for Good project on Lourdes Street 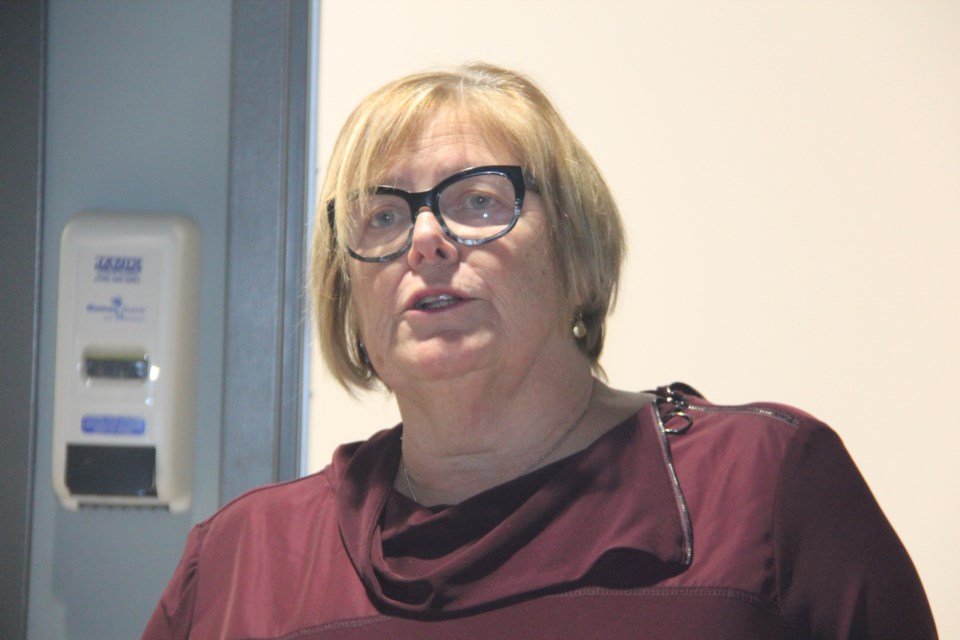 Marion Quigley, former director of the CMHA in this area, speaks at the opening of the Off the Street Emergency Shelter in downtown Sudbury in November. (File)

After needing a $2.2 million bailout for phase 1 of a plan to help the city's homeless, the Sudbury/Manitoulin branch of the Canadian Mental Health Association has withdrawn from phase 2 of the project — a five-storey, 38-unit apartment building on Lourdes Street.

Ownership of the property on Lourdes was transferred to the CMHA in 2018, as part of the city's contribution to the Home for Good initiative, a $100 million provincial fund to support municipal efforts to combat homelessness announced in 2017.

The province has put up $5.7 million for construction of the low-cost apartments, which is aimed at getting homeless people off the street and into dwellings they can afford.

Phase 1 of the plan was the $7 million Off the Street Emergency Shelter at 200 Larch St., which opened in November. The low-barrier facility is aimed at those experiencing “chronic homelessness, substance use disorders and mental illness.”

But the CMHA experienced severe funding issues with that project, and needed a $2.2 million interest-free loan from the city to complete the work.

Days after city council approved the emergency funding last August, the CMHA told the city they didn't have the capacity to complete the Lourdes Street build.

“This is very disappointing to us as we realize the need for housing in our community,” Marion Quigley, then CEO of the CMHA wrote in a letter to city staff. “We hope the Ministry of Municipal Affairs and Housing will allow the city to move forward with this build.”

I Believe Network was founded by Eileen and Jeremy Mahood***, the late pastor of All Nations Church in Sudbury. Zulich's SW Water Tower Ltd. is the company that owns the downtown water tower, “recently renamed the Sudbury Peace Tower as a dedication to the legacy of Jeremy Mahood,” the group said in a letter to the city on Jan. 20.

Mahood was chaplain for the Sudbury Wolves, which Zulich owns. Eileen Mahood has experience running this type of housing, the letter said.

“Eileen is the vice-chairperson for the All Nations Family Housing Corporation, known as the Landmark,” the letter said. “This 64-unit building (32 seniors / 32 families) provides 52 rent geared to income and 12 market rent units. As president of the I Believe Network, she operated First Steps for several years which provided supportive transition to people in need.

“SW Water Tower Ltd. and I Believe Network together, in collaboration with the Habitat for Humanity - Ontario Gateway North, CMHA Sudbury, Sudbury Action Centre for Youth (SACY), and Centerline Architecture together will participate in this housing project as an initial advisory board. Together we can help eliminate chronic homelessness in our community.”

The groups propose building the apartment building on land Zulich owns at the water tower on 87 Pearl St.

“According to the Home for Good Program Guidelines, the organizations plan to build 38-50 bachelor units with a common area and meeting space for programming to support homelessness,” the letter said. “This initiative would help the 2,000 units shortage of single dwelling units within the City of Greater Sudbury.”

If councillors agree to transfer the project, the city would have to get approval from the province to extend the deadline for applications (which expired in October) in order to transfer the $5.7 million funding to the new organization.

Ownership of the Lourdes Street building will return to the city, which would reimburse the CMHA for the money they have already spent preparing the site for renovation.

***This story has been corrected to reflect the fact that the late Rev. Jeremy Mahood was a pastor at All Nations Church. A previous version of this story incorrectly said he worked at a different local church.

Canadians drop two games in Timmins over the weekend in NOJHL action
Nov 23, 2020 7:00 PM
Comments
We welcome your feedback and encourage you to share your thoughts. We ask that you be respectful of others and their points of view, refrain from personal attacks and stay on topic. To learn about our commenting policies and how we moderate, please read our Community Guidelines.